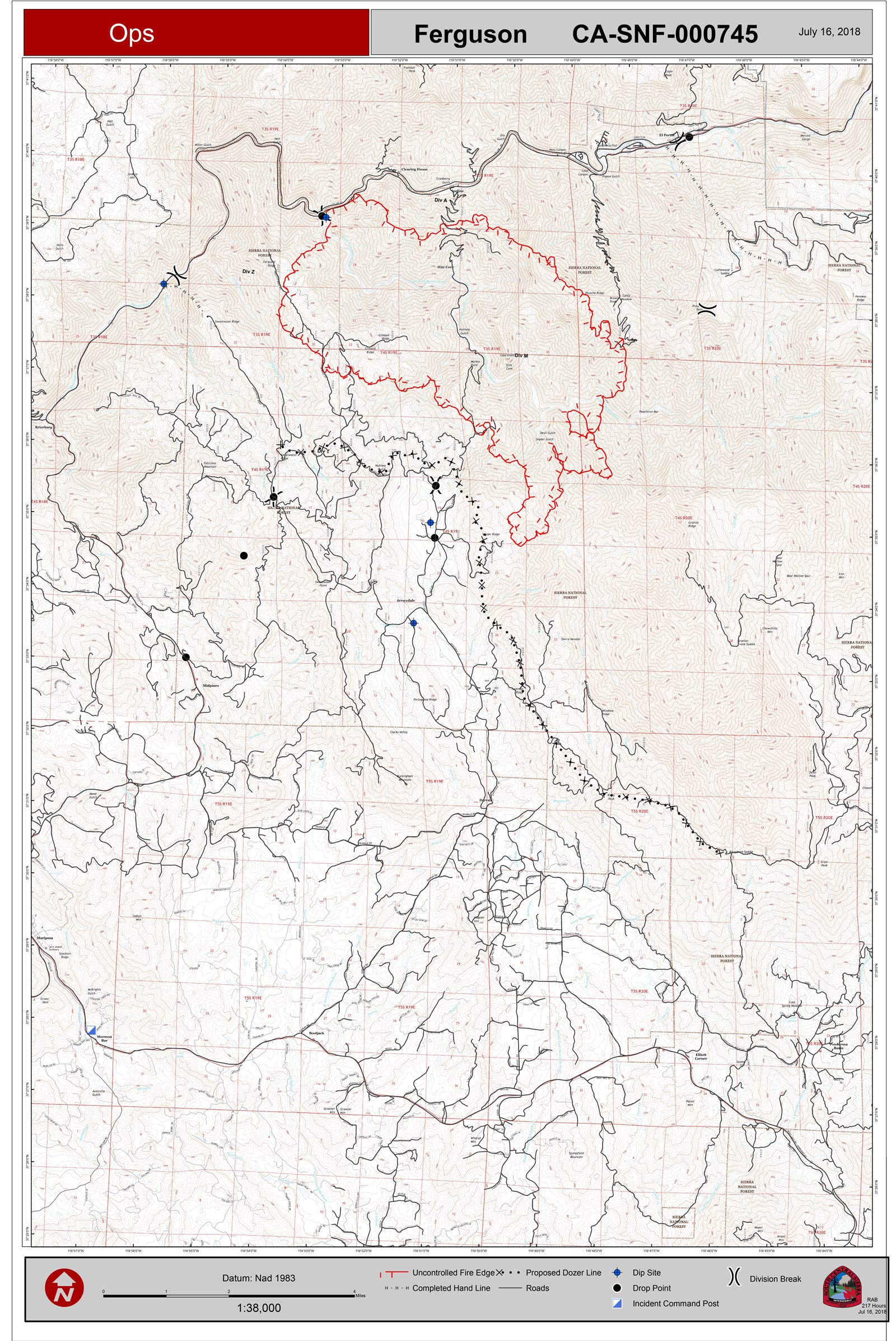 Crews successfully held the fire along Highway 140 and protected structures as the fire showed significant growth to the south in Nutmeg and Devils Gulch area. Crews initiated several important new containment lines including Sweetwater Ridge on the southwest flank of the fire. Contingency lines are also being established on the fires eastern flank to check the fires movement toward Yosemite West.

Structure protection engines have arrived and are setting up to protect homes and businesses between the Cedar Lodge area and Hite’s Cove. Additional engines are being inserted into Jerseydale and Yosemite West to formulate structure protection plans. Firefighters have also begun construction of contingency lines along Sweetwater Ridge south of fire and along the Pinache Ridge on the north flank of the fire.

Firefighters are aggressively fighting the fire at locations where they have the highest probability of success and they have adequate time to construct the fire ahead of its advance.

Follow InciWeb for updates on the fire at https://inciweb.nwcg.gov/incident/5927/

Fire Advisement. Yosemite West and all of Jerseydale Road to Scott Road and Scott Road to Bear Clover are under Fire Advisement and should be prepared to evacuation should conditions change.

Road Closure Highway 140 north of Mariposa remains closed due to firefighting activities and an on-going investigation into the fire’s cause. Hwy 140 is closed from Foresta Bridge to Briceburg. Other road closures included River Road from Briceburg to the gate at Railroad Flat and all Campground area closed. Hites Cover Road from Bear Clover Road to the Merced River.

Smoke Impacts: Smoke is expected to continue to impact adjoining communities, especially during night and early morning hours. You can learn more about air quality, and daily smoke forecasts by visiting either www.airnow.gov or www.valleyair.org.
Source: INCIWEB