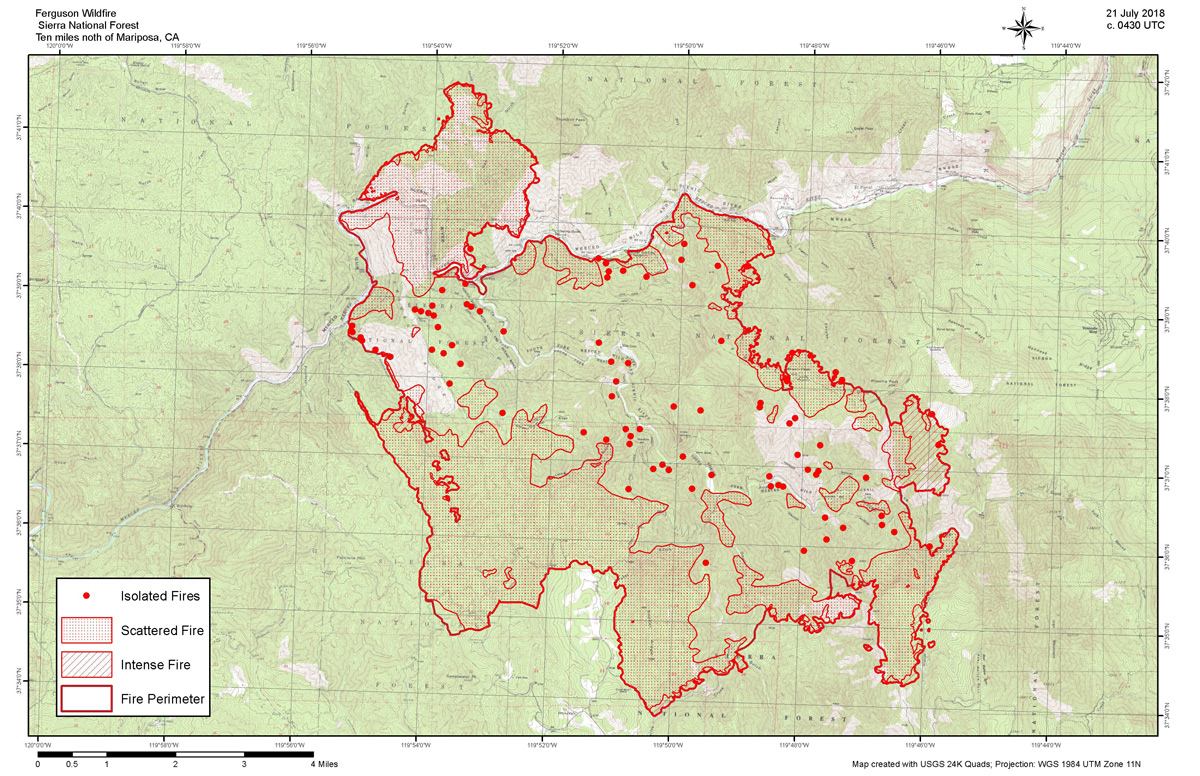 Weather Conditions -
The vicinity of the fire was cloud free.

Isolated fires were generally within fairly close proximity to the main perimeters, and inside the interior of the fire.