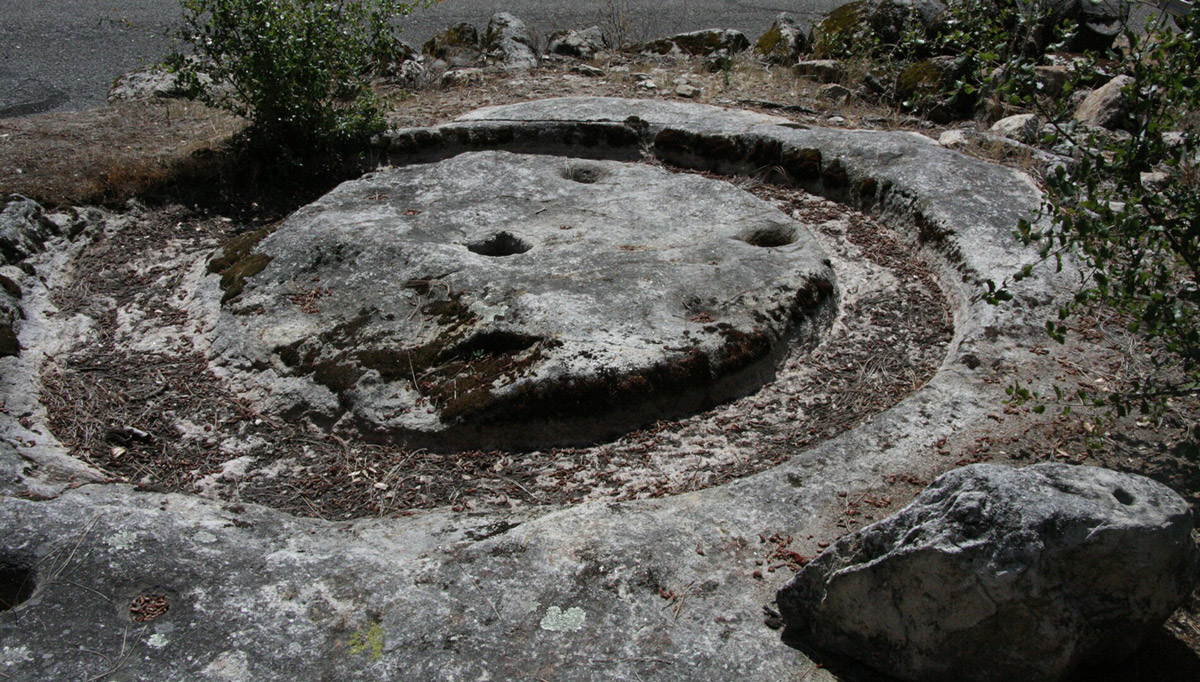 June 6, 2016 - By Linda Gast - It was one of our typical Sunday exploration rides with my husband doing the driving. Flowers and birds are my prime interests to take photographs of on these Sunday rides. On this particular Sunday something caught Joe’s eye along the side of the road near Coarsegold in Madera County. He backed the car up and got out to explore. At first we thought it was a big Indian grinding stone. There were some grinding holes, but it was this big round circular groove in the granite slab that caught our interest. 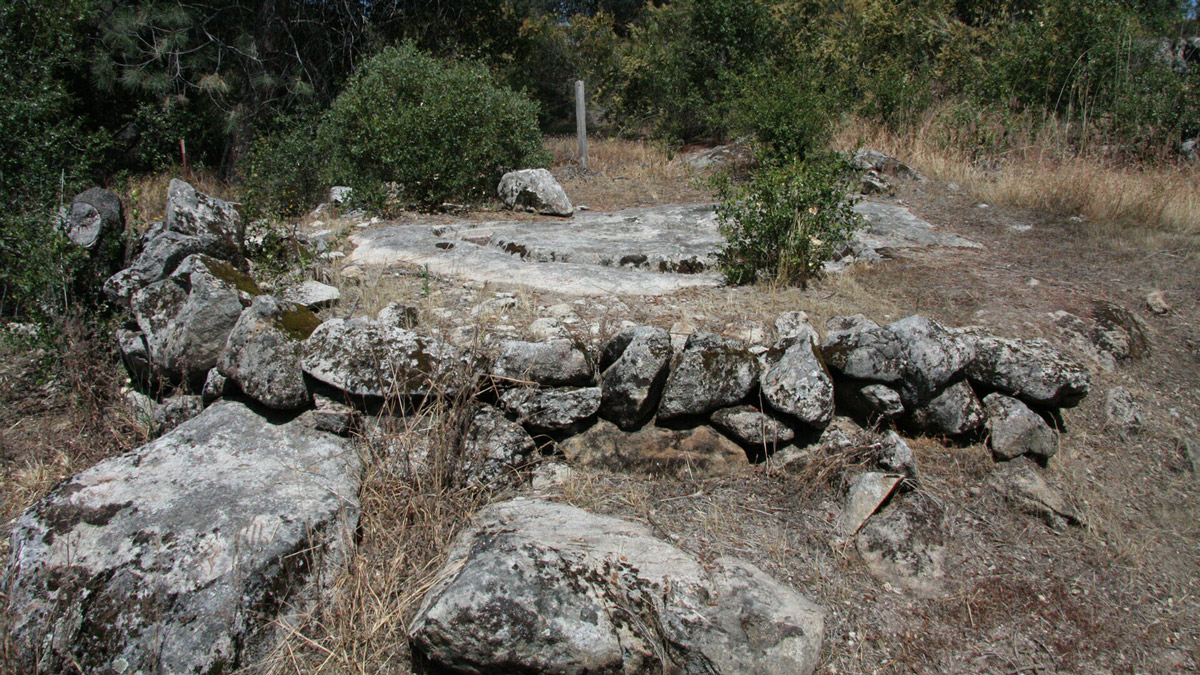 We took pictures and made a few measurements and went home to see if we could figure out what it was. We have spent a great deal of our time in California living close to old goldmines. We once lived on a road named Red Rover Mine Rd. in Acton, Ca. We were near the Red Rover Mine and the Governor Mine. More recently we lived in Midpines, Ca. adjacent to the Colorado Mine. 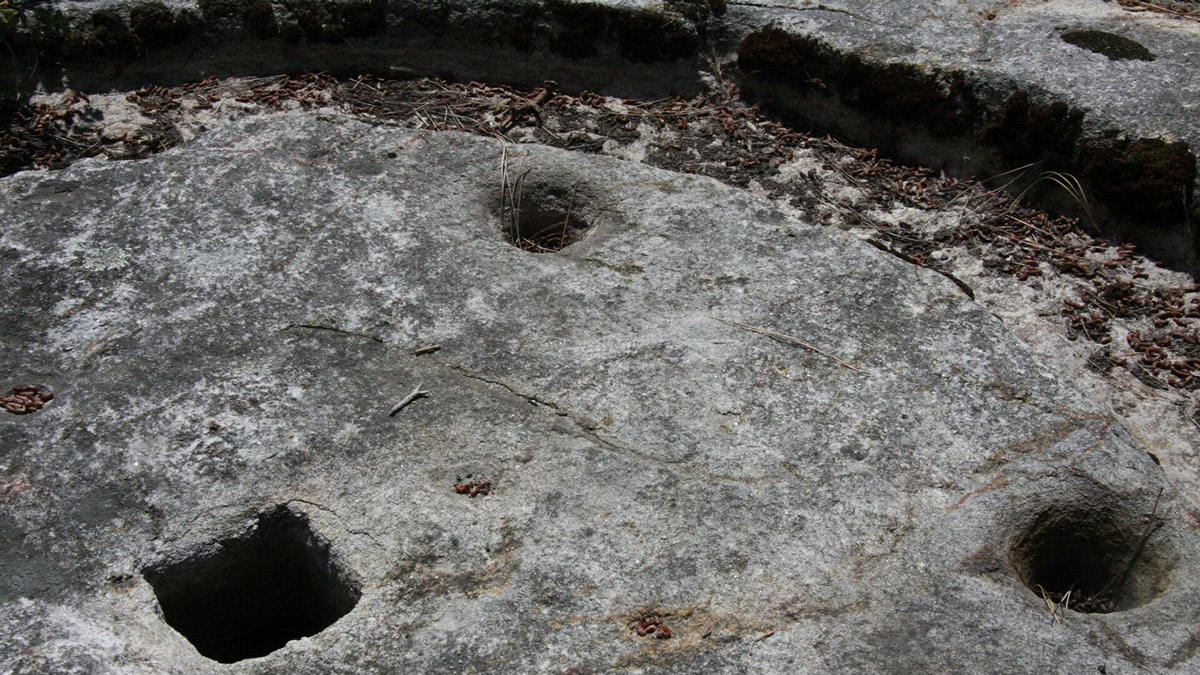 After some research Joe discovered that the device was an old gold mining grinder called an Arrastra, a Spanish word meaning to drag behind. From research into California Gold Mining I discovered that there are twelve known arrastras in Madera County and thirty in Mariposa County. After looking up arrastra images on Google, I discovered most of those found were made from rocks and stones from the surrounding area. Some were made from concrete.  I found only two images that were made right in the bed rock like the one we had seen. 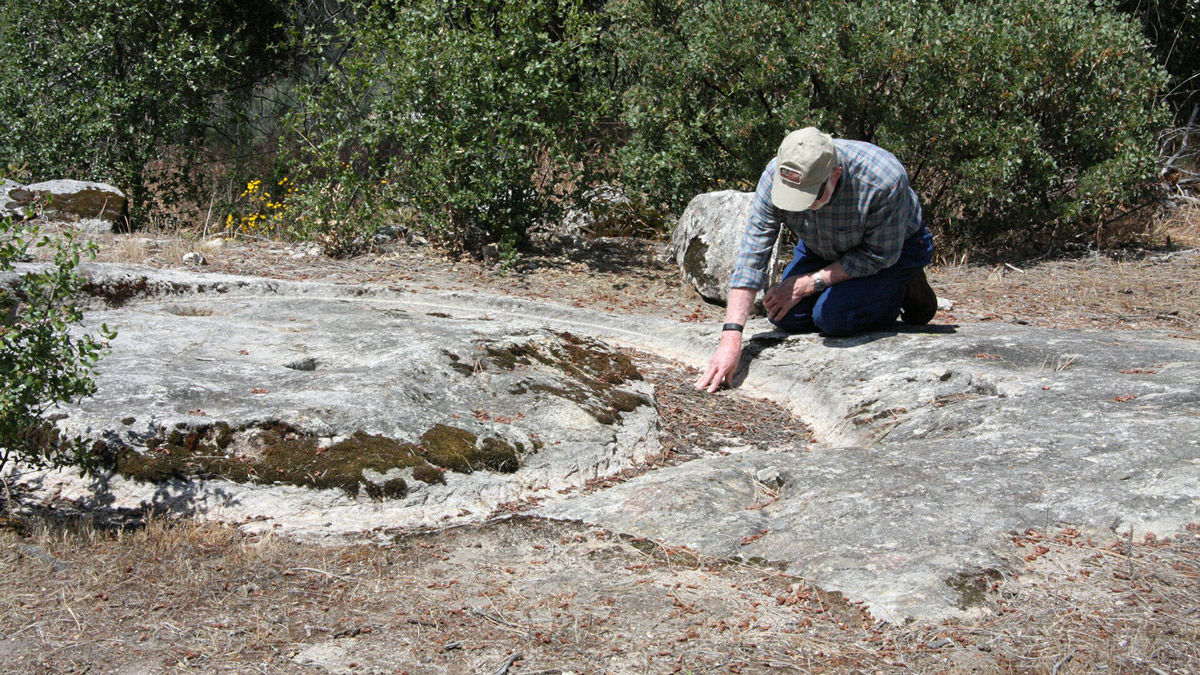 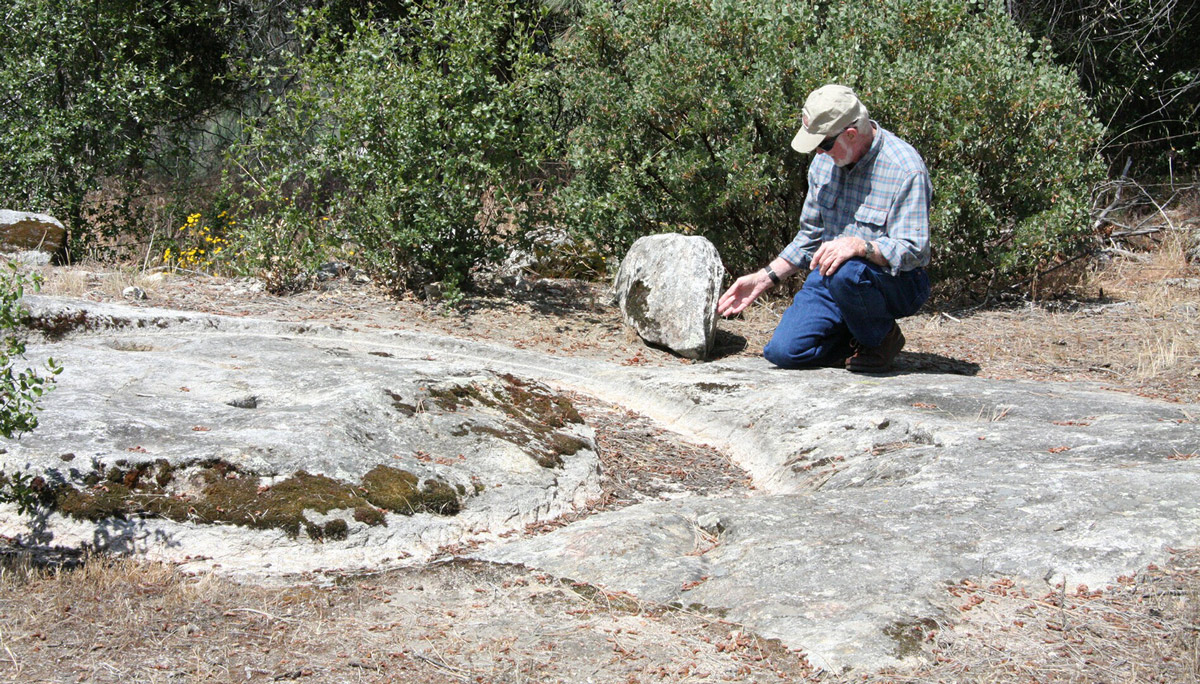 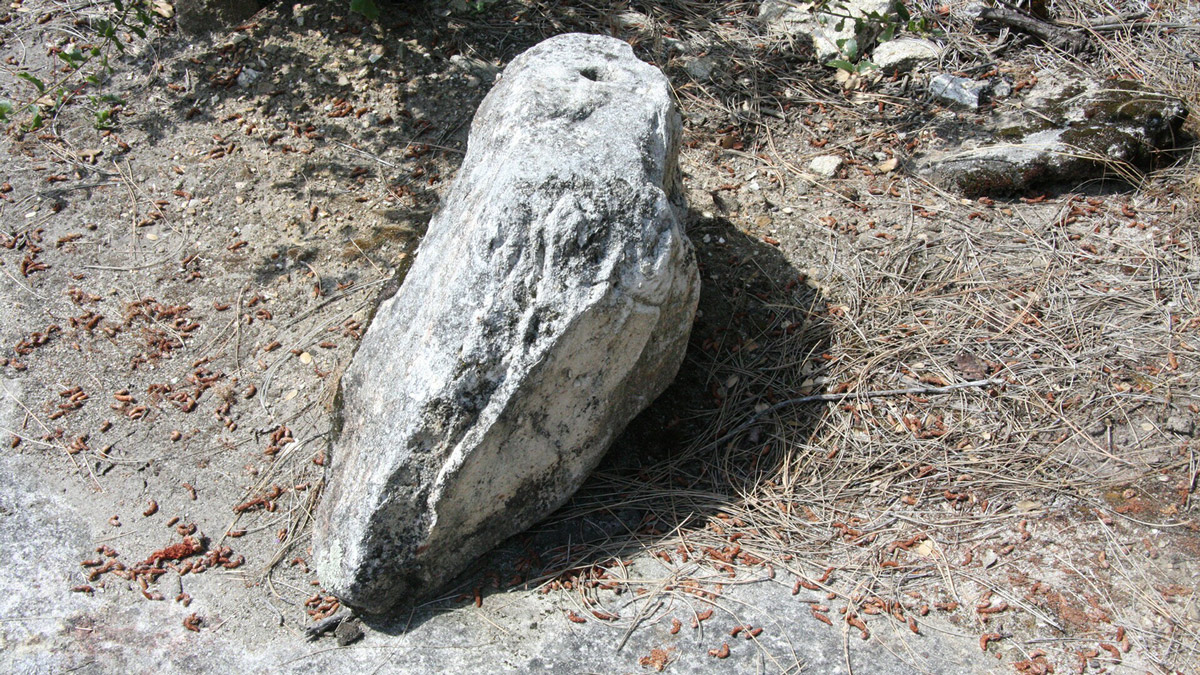 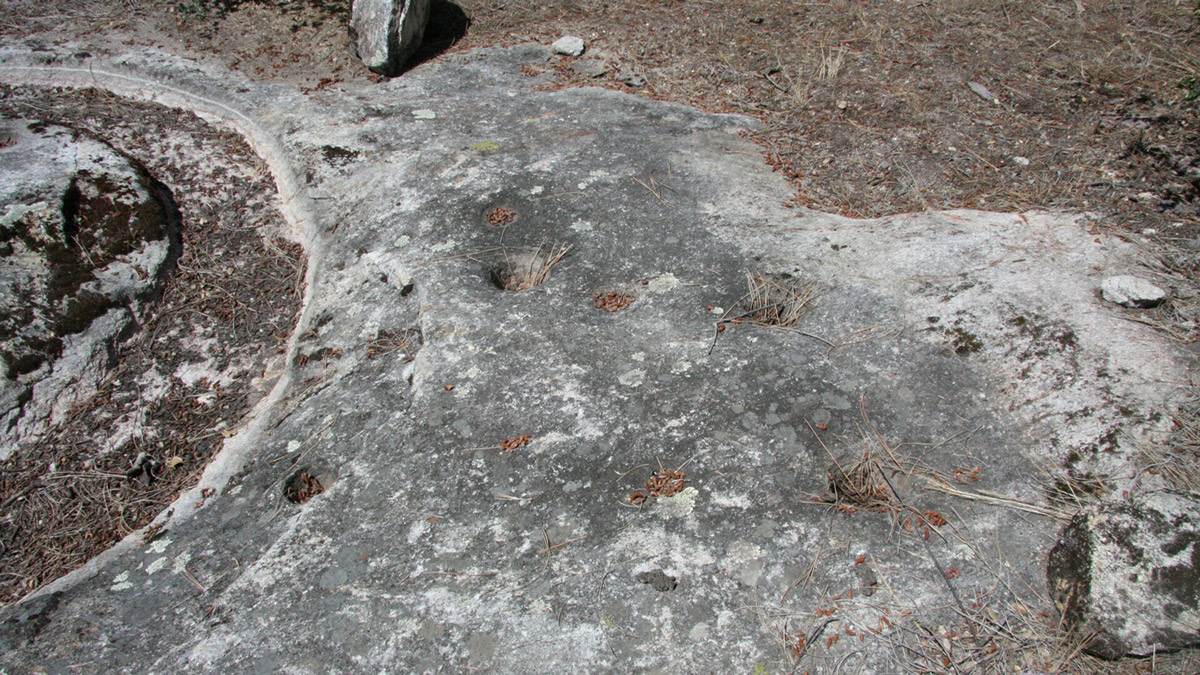 The other interesting thing about this one was that it was probably used by Indians for grinding grain before the miners made the arrastra.