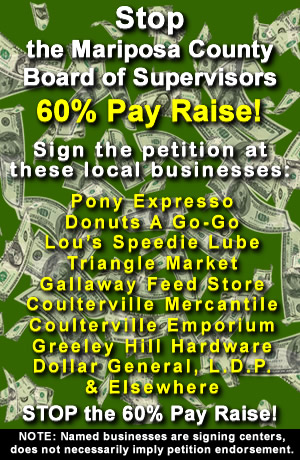 February 12, 2020 - What is a referendum? As defined by the California Constitution, “The referendum is the power of the electors to approve or reject statutes or parts of statutes except urgency statutes, statutes calling elections, and statutes providing for tax levies or appropriations for usual current expenses of the State.” (Cal. Const. art. II, sec. 9(a).)"  What this means is the people have the ultimate power in what County Government can do.  If they vote in a way that is unpopular with the majority of the constituency, then that constituency has the power to change the vote.

Do Referendums work? Short answer: YES!  Referendums, while difficult in nature with their short deadlines and large amounts of voter signatures needed, they can still be successful.  In the California Senate, SB 10 has recently had a successful referendum, placing it on the 2020 ballot.  According to an article published by the Sacramento Bee, "Needing 365,880 signatures by registered voters within 90 days, a coalition called Californians Against the Reckless Bail Scheme picked up more than 575,000 signatures in 70 days to put SB 10 on the November 2020 ballot, the American Bail Coalition announced in a news release."

How Do I Add My Name? In order to be placed on the referendum, you need to be a voting individual in Mariposa County.  You will need to provide an in-person signature on the official document.

Please, exercise your rights: DO NOT BE INTIMIDATED INTO NOT SIGNING!

Related:
Letter to the Editor - Why Sign the Referendum Petition to Repeal the 60% Mariposa County Board of Supervisors Raise?