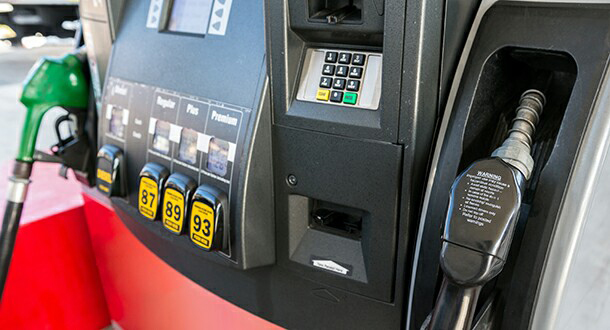 Gas prices fell a cent this week; Drivers are paying 12 cents less than they did in June

prices on the West Coast -- despite national prices rising for the first time in five weeks.

On Tuesday, Californian motorists paid an average of $2.93 for a gallon of unleaded regular gas. A month ago, California drivers paid $3.05, according to AAA.  Nationally, average prices at the pump jumped about 3 cents this week to $2.26.

“California prices have been falling for weeks, but with national prices rising this week, that could be a signal that prices could be increasing again soon for the West Coast. AAA expects to see slight increases in prices throughout July, so now is the time to travel," said Mike Blasky, spokesman for AAA Northern California.

"It's rare to see California prices fall as prices in other states spike," Blasky said.

Refinery production on the West Coast is at its highest levels since August 2016, helping to stabilize gas prices, Blasky said.

Gas prices were highest in South Lake Tahoe ($3.25) and San Francisco ($3.10), but drivers in most Bay Area cities paid under $3 per gallon.

Californians were paying $2.88 at the pump a year ago -- 5 cents less than today. The price of crude continues to hover around $45 per barrel.


AAA Northern California offers a wide array of automotive, travel, insurance, DMV, financial services and consumer discounts to more than 4 million members. AAA has been a leader and advocate for the safety and security of all travelers since it was founded more than 117 years ago.
Source: AAA