SUBARU WILL DONATE $250 TO PARTICIPATING CHARITIES FOR EVERY NEW SUBARU VEHICLE PURCHASED OR LEASED NOVEMBER 16, 2017 – JANUARY 2, 2018

November 17, 2017 - WASHINGTON – People across the country will have the opportunity to support their more than 400 national parks whenever they buy or lease a new Subaru vehicle, thanks to a partnership between the National Park 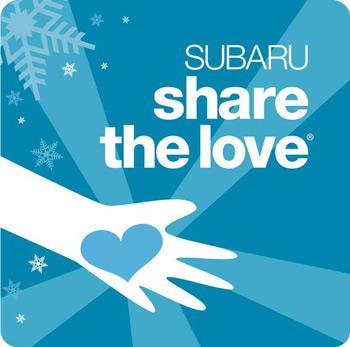 Foundation, the official charity of America’s national parks, and Subaru of America, Inc.

For the second year in a row, there will be no cap on the total donation from Subaru of America to its charitable partners. By the end of this year’s event, Subaru and its Retailers hope to exceed a grand total of nearly $115 million donated since the creation of Share the Love to celebrate the tenth anniversary of the event.

Through this annual event, Subaru has provided over $6.5 million in funding to the National Park Foundation for critical programs and projects in more than 100 national parks and helped increase public awareness and engagement across our National Park System.

Subaru is also supporting the National Park Foundation’s efforts as a premier partner for Find Your Park/Encuentra Tu Parque. Launched in March 2015, #FindYourPark is a public awareness and education movement to inspire people from all backgrounds to connect with, celebrate, and support America’s national parks and community-based programs. #FindYourPark invites people to discover and share their own unique connections to our nation's natural landscapes, vibrant culture, and rich history.

For more information about the Share the Love event, please visit www.subaru.com/share.

ABOUT SUBARU OF AMERICA, INC.
Subaru of America, Inc. (SOA) is a wholly owned subsidiary of Subaru Corporation of Japan. Headquartered at a zero-landfill office in Cherry Hill, N.J., the company markets and distributes Subaru vehicles, parts and accessories through a network of more than 620 retailers across the United States. All Subaru products are manufactured in zero-landfill production plants and Subaru of Indiana Automotive, Inc. is the only U.S. automobile production plant to be designated a backyard wildlife habitat by the National Wildlife Federation. SOA is guided by the Subaru Love Promise, which is the company’s vision to show love and respect to everyone, and to support its communities and customers nationwide. Over the past 20 years, SOA has donated more than $120 million to causes the Subaru family cares about, and its employees have logged more than 40,000 volunteer hours. As a company, Subaru believes it is important to do its part in making a positive impact in the world because it is the right thing to do. For additional information visit media.subaru.com. Follow us on Facebook, Twitter, and Instagram.