AAA Reports National Gas Price Average Drops 21-cents Inside of a Month – California at $3.70 Down $0.05 Week Over Week 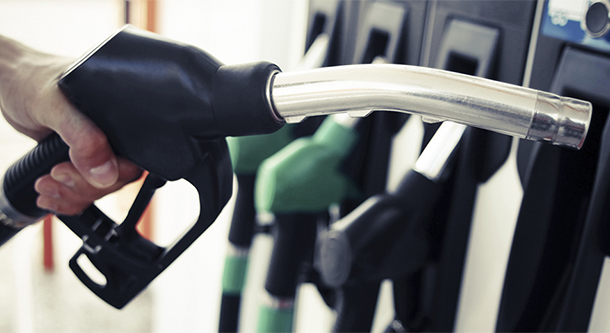 November 12, 2018 - State gas price averages are as much as 12-cents to a nickel cheaper a gallon on the week in more than two-thirds of the country. As demand drops and the end of refinery maintenance season wraps-up, the national gas price average is $2.70. That price is six cents less than last Monday, 21-cents less than last month and just 14-cents more than last year. In fact, the year-over-year price differential has not been this small since early January.

“Prices could plunge even lower, especially if we see a surge in gasoline production after refiners fully restart units from the fall maintenance season,” said Jeanette Casselano, AAA spokesperson. “Also driving down pump prices is the fact that crude oil is selling under $65/bbl, a rare sight this year.”

Today, 41 percent of gas stations nationwide are selling unleaded gasoline for $2.50 or less. In comparison, the majority of gas stations were selling gas for $2.51 or more at the start of summer during the Memorial Day holiday weekend.

Gas prices in eight Great Lakes and Central states land on the top 10 list of states with the biggest changes, a handful with double-digit drops: Ohio (-12 cents), Michigan (-11 cents), Nebraska (-10 cents), Iowa (-10 cents), Indiana (-9 cents), Kansas (-9 cents), Missouri (-9 cents) and Kentucky (-9 cents). Gas prices are, at a minimum, a nickel cheaper in every state in the region on the week.

The region saw a small draw of 856,000 bbl on the week, tightening gasoline stocks to a new low for the year. The last time the region saw stocks register at the 46 million bbl mark was during October 2017, according to Energy Information Administration (EIA) data. As refineries wrap-up maintenance season it is likely stocks will increase and drive prices potentially even cheaper amid declining demand.

November continues to bring gas price averages under $3 for every state in the Mid-Atlantic and Northeast region. Connecticut ($2.92), New York ($2.91), Washington, D.C. ($2.88) and Pennsylvania ($2.88) have the most expensive averages. Delaware ($2.35) carries the cheapest average in the region and the country this week.

With a nine- and eight-cent decline, respectively, Delaware and Maryland, saw the largest week-over-week change in pump prices.

Despite refinery utilization down two percent to 74.5, the EIA reports that gasoline stocks remain relatively stable at 64 million bbl. Overall, stocks are at a 12 million year-over-year surplus.

Prices are likely to drop even further as stocks built by 2.4 million bbl on the week. In addition, refinery utilization held steady at 97 percent. Total inventories sit at nearly 83 million bbl, which are about 5 million bbl more than this time last year and will continue to contribute towards driving gas prices cheaper.

The EIA’s weekly petroleum status report for the week ending on November 2, showed West Coast gasoline stocks grew to 27.3 million bbl. Stocks are approximately 200,000 bbl lower than at this time last year, which could cause prices to spike if there is a supply challenge in the region this week.

Gas prices are as much as a nickel cheaper across the Rockies states on the week: Colorado (-5 cents) Montana (-4 cents), Idaho (-4 cents), Utah (-2 cents) and Wyoming (-1 cent). Despite the declines, these five states rank among the 20 most expensive in the country. Notably, motorists in Utah ($2.99) are paying under $3/gal to fill-up for the first time since mid-April

Compared to a year ago, gas price averages in the region are very expensive with four of the five states landing on the top 10 largest yearly changes: Utah (+51 cents), Idaho (+41 cents), Wyoming (+38 cents), Montana (+34 cents) and Colorado (+25 cents).

Refinery utilization decreased below 90 percent for the first time in eight weeks. However, the EIA reports that gasoline stocks built by a small 150,000 bbl on the week. Total stocks sit at 6.9 million bbl, a healthy level for this time of year.

At the close of Friday’s formal trading session on the NYMEX, WTI decreased 48 cents to settle at $60.19. Oil prices drifted lower this week, following the release of EIA’s report that total domestic oil inventories grew by 5.8 million bbl last week. They now sit at 431.8 million bbl, which is 25.3 million bbl less than inventories last year at this time. Crude inventories have grown for seven consecutive weeks because of reduced refinery runs while the nation settles into the lower demand fall driving season. A new all-time high estimate in domestic crude production since EIA began publishing the data – 11.6 million b/d – also contributed to last week’s build in crude inventories. Moving into this week, crude prices may drop further if supply concerns remain reduced due to continued growth in inventories.