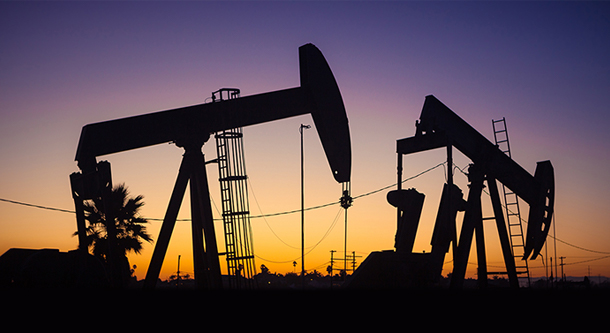 “Three months ago motorists could find gas for less than $2.50 at 78 percent of gas stations. Today, you can only find gas for that price at one-third of stations, which is likely giving sticker shock to motorists across the country,” said Jeanette Casselano, AAA spokesperson. “Gasoline stocks have been steadily decreasing since early February causing spikes at the pump that are likely to continue for the coming weeks.”

Motorists in the West Coast region are paying the highest pump prices in the nation, with most of the region’s states landing on the nation’s top 10 most expensive list. California ($3.61) and Hawaii ($3.45) are the most expensive markets. Washington ($3.16), Oregon ($3.05), Nevada ($2.98) and Alaska ($2.89) follow. Arizona ($2.73) is the only state in the region that is not on the 10 most expensive markets list. All prices in the region have increased on the week, with California (+12 cents) and Washington (+9 cents) seeing the largest increases.

The Energy Information Administration’s (EIA) recent weekly report, for the week ending on March 22, showed that West Coast gasoline stocks fell by 200,000 bbl from the previous week and now sit at 31.1 million bbl. Stocks are approximately 1.5 million bbl lower than this time last year, which could cause prices to spike if there is a supply challenge in the region this week.

With this week’s pump jumps, the Great Lakes and Central region is the only region where all states have more expensive year-over-year gas prices. Wisconsin (+15 cents) and Illinois (+11 cents) carry the largest differences in gas prices in the region compared to a year ago.

Regional gasoline stocks continue to tighten with a 919,000 bbl draw, dropping totals for the region to a new low for the year: 54.8 million bbl. According to EIA data, stocks have not measured this low since the end of 2018. While levels are in line with the five-year average they are below the year-ago level of 58 million bbl.

For a second week, the region was the only to see gas stocks build on the week. More so, the Mid-Atlantic and Northeast region is the only one to have a year-over-year surplus of stocks – (8.2 million surplus). With this week’s build of 572,000 bbl, total stocks sit at 64.5 million bbl according to EIA data.

Pump prices are more expensive in every state in the region on the week. Florida (+13 cents) and Georgia (+11 cents) were two of only four states in the country to see gas prices jump by double-digits since last Monday. These two states also land on the top 10 list with the largest weekly increases. At the start of the week, prices in the region range from $2.74 in Florida to $2.42 in Alabama.

Inventories continue to tighten noticeably across the South and Southeast region, driving gas prices more expensive. This week saw a draw of 2.2 million bbl to drop levels to 80.8 million bbl. That is a stark 10 million bbl below the 90 million mark seen in January. Refinery maintenance exports and demand are all contributing factors to the continued draw in stocks.

The Rockies are the only region in the country where all states carry a cheaper or same year-over-year gas price average: Utah (-28 cents), Idaho (-23 cents), Montana (-7 cents), Colorado (-1 cents) and Wyoming (same price). However, compared to a month ago all averages are nearly 20 cents or more expensive.

The EIA’s latest weekly report shows stocks decreased marginally by 104,000 bbl and still measure about 7 million bbl. Total regional stocks measure at the lowest level since the end of 2018 and sit at a nearly 850,000 bbl year-over-year deficit. Regional refinery utilization also dropped by 2 percent, which could bring stocks to continue to tighten in coming weeks causing prices to increase.

At the close of Friday’s formal trading session on the NYMEX, WTI increased 84 cents to settle at $60.14 – the highest closing price seen this year. Oil prices increased last week, helping to establish solid price gains for the first quarter of 2019, as the market expects further tightening in global crude availability as a result of OPEC’s 1.2 million b/d production cut and the U.S. imposing sanctions on Iranian and Venezuelan crude exports. Moving into this week, prices will likely continue their ascent, with the combined effect of the tightening in the global crude oil market overshadowing concerns that the global economy is slowing, which could decrease global crude demand during the second half of 2019. Crude prices rallied despite new EIA data that showed total domestic crude inventories increased by 2.8 million bbl to 442.3 million bbl last week.

In related news, Baker Hughes Inc. reported that the U.S. lost eight oilrigs last week, bringing the total to 816. When compared to last year at this time, there are 19 more rigs this year.