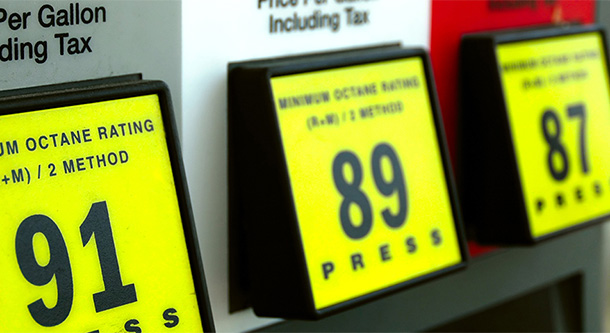 April 23, 2019 - With only a penny increase on the week, the national gas price average saw the smallest one-week jump since mid-February. For the last eight weeks, weekly jumps ranged anywhere between a nickel and a nearly a quarter.

“On the week, 30 states saw pump price increases or decreases of three cents or less which helped keep the national average relatively steady, but motorists shouldn’t get their hopes up just yet,” said Jeanette Casselano, AAA spokesperson. “Gasoline stocks nationwide continue to tighten, measuring below levels compared to the same time in the past three years. While imports are helping and West Coast refinery maintenance is nearly finished for the time being,  it’s too early to know if this is enough to keep state averages from leveling off just yet.”

On the week, Utah (+20 cents) and Idaho (+17 cents) saw substantial, and the nation’s largest, increases at the pump. With a nine-cent increase, Montana also lands on the top 10 list for largest jumps while Wyoming (+6 cent) and Colorado (+5 cents) saw more moderate increases.

For a few weeks recently, Utah ($2.81) was carrying among the cheapest gas prices in the country, but that is no longer the case as it ranks as the 17th most expensive. Idaho ($2.92) carries the largest average for the region. Notably, compared to a year ago, both of these states have significantly cheaper gas prices: Utah (-20 cents) and Idaho (-12 cents).

Regional gasoline stocks have been steadily drawing for the past month, which is a driving factor toward more expensive pump prices. The Energy Information Admiration (EIA) reports total levels at 6.6 million bbl, which is 63,500 bbl deficit year-over-year. As regional refinery utilization dropped again from 83.6 percent to 81.3 percent, the draws will likely continue, supporting more gas price jumps this month.

The EIA’s recent weekly report, for the week ending on April 12, showed that West Coast gasoline stocks fell for a fifth consecutive week by nearly 800,000 bbl from the previous week and now sit at 28.2 million bbl. OPIS reported at least six out of 10 refineries (four in Southern California and two in Northern California) experienced operational issues in the past few weeks. These issues have resulted in refinery utilization rates dropping below 80% for the first time in a little more than two years. If ongoing planned and unplanned refinery maintenance continues throughout the region, the West Coast may see continued price volatility and shrinking gasoline stocks.

Half of the top 10 states with the lowest year-over-year gas price difference hail from the Mid-Atlantic and Northeast region. And, most are carrying the same average as this time last year including: Massachusetts ($2.74), Vermont ($2.76), New York ($2.88) and New Hampshire ($2.68). Delaware’s ($2.67) average is one penny more year-over-year.

After last week’s more than 3 million bbl decline, regional gasoline stocks only drew by 1 million bbl, as reported by the EIA. Levels are tight at a total of 59.2 million bbl. However, expected imports – including crude – in the weeks ahead should help to replenish supply and balance retail prices.

In a change of events, five Great Lakes and Central region states saw gas price decreases on the week: Michigan (-9 cents), Ohio (-5 cents), Indiana (-4 cents), Kentucky (-3 cent) and Missouri (-1 cent). For the other nine states in the region, gas price averages increased as much as four cents since last Monday.

This region ranks second in the country (to the West Coast) to having some of the largest year-over-year gas price differences. These states land on this top 10 list: Wisconsin (+20 cents), Minnesota (+19 cents), Illinois (+16 cents) and Kansas (+14 cents).

The EIA reports that gasoline stocks drew by 415,000 bbl, dropping total regional levels to 51.8 million bbl. However, the EIA also reports that regional refinery utilization has increased from 86.5 percent to 92.4 percent indicating that the coming weeks could see increased production and stock levels. This could potentially help to keep gas prices stable.

Gas prices are moderately fluctuating for most of the South and Southeast on the week with a handful seeing decreases or no change at the pump. Motorists in Florida (-5 cents) and Louisiana (-1 cent) are paying less to fill up while the following states saw prices stay steady since last Monday: Alabama ($2.50), Mississippi ($2.51), Texas ($2.57), Oklahoma ($2.59) and Georgia ($2.67). New Mexico was the exception in the region with a +13 cents increase.

The region was the only one to see gasoline stocks increase and by a fair amount (a little more than 1 million bbl), which includes imports. The build brings total regional levels to 82 million bbl, one of the highest levels in about a month. Regional refinery utilization remains relatively steady, around 90 percent, and the region is the only one to measure at a year-over-year surplus. All of this means that states in this region could see only moderate changes in retail prices through the end of the month.

Monday morning crude oil was trending higher on reports that the U.S. State Department plans to end the use of waivers for countries to import oil from Iran in an attempt to end all oil exports from that country. In November of last year, the U.S. reimposed sanctions on exports of Iranian oil, however, waivers were granted to allow some countries to continue making limited oil purchases from Iran for six months. Secretary of State Mike Pompeo announced today that the administration will not renew sanctions waivers for the countries when they expire on May 2. Decreases in Iranian oil exports would tighten the supply in the global market, which has already seen decreases as a result of the U.S. sanctions against Iran and Venezuela, along with OPEC’s reduced production. Secretary Pompeo also stated that he has “had extensive and productive discussions with Saudi Arabia, the United Arab Emirates, and other major producers to ease this transition and ensure sufficient supply. This, in addition to increasing U.S. production, underscores our confidence that energy markets will remain well supplied.”  Should U.S. crude oil and gasoline stocks continue to drop and supply tighten, drivers could see gas prices continue to rise.