AAA Reports National Gas Price Average Sets a New High for the Year at $2.88 – California at $4.08 Rises a Nickel Week Over Week 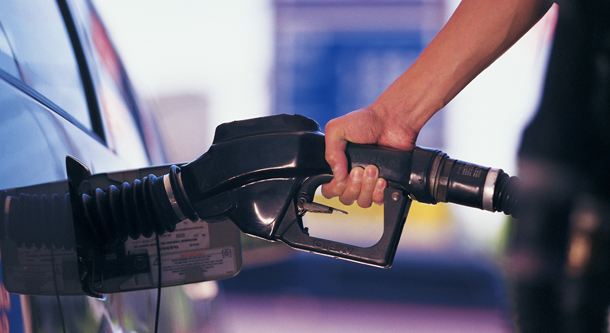 April 30, 2019 - One week after the U.S. State Department announced the end of waivers for countries to import oil from Iran, increasing crude oil prices and pump prices show no signs of slowing down. With a four-cent jump on the week, today’s national gas price average sets a new high for the year at $2.88. This average may only be seven cents more than a year ago, but it is nearly 20 cents more than a month ago and 63-cents more expensive than at the beginning of the year.

“Compared to the beginning of this year, motorists have definitely felt an increasing squeeze on their wallets at the pump,” said Jeanette Casselano, AAA spokesperson. “These increases mean Americans are having to work more to afford to fill-up their gas tanks. AAA found that Americans must work 22% longer than at the start of the year to buy one gallon of unleaded gasoline- that’s 7.3 minutes compared to 5.76 minutes in January.

Working with OPIS, AAA identified the median income for each county in the country broken down to an income by minute assuming a 40-hour workweek. The average gasoline price today was compared to the income per minute finding that counties in the Southeast have been hit the hardest, especially in some parts of Kentucky For example, in McCreary County, some workers are working an additional 4 minutes when compared to January in order to buy a gallon of gasoline.

With 17 states within a dime of or already at $3/gal or more, Americans can expect the national average to likely surpass 2018’s high of $2.97 set during Memorial Day weekend,” added Casselano.

While Montana, Colorado and Wyoming saw moderate weekly increases – a nickel or less —  Utah (+13 cents) and Idaho (+9 cents) continue to see more expensive gas prices. These two states rank among the top five in the country with the biggest weekly increase. More so, they carry among the top 15 most expensive gas price averages: Idaho ($3.02) and Utah ($2.94). At $2.72, Wyoming has the cheapest average in the region.

For the first time in more than a month, the region’s gasoline stocks increased, according to the latest Energy Information Administration (EIA) analysis. With a three percent increase in regional refinery utilization, stocks added 353,000 bbl to push the total to 7 million bbl. It’s too early to know if this is a trend, but the addition helped to keep jumps moderate for most of the states this past week.

Motorists in the West Coast region are paying the highest pump prices in the nation, with all of the region’s states landing on the nation’s top 10 most expensive list. California ($4.08) and Hawaii ($3.62) are the most expensive markets. Washington ($3.51), Nevada ($3.43), Oregon ($3.40), Alaska ($3.36) and Arizona ($3.12) follow. All prices in the region have increased on the week, with Alaska and Nevada seeing the largest gains at nine cents each.

The EIA’s recent weekly report for the week ending on April 19 showed that West Coast gasoline stocks fell for a sixth consecutive week by approximately 300,000 bbl from the previous week and now sit at 27.9 million bbl. If ongoing planned and unplanned refinery maintenance continues throughout the region, the West Coast may see continued price volatility and shrinking gasoline stocks.

As the EIA reports that regional refinery utilization jumped from 81.1% to 87.6%, gasoline stocks saw an addition of 860,000 bbl – the largest build of any region in the country for the week ending April 19. Despite the increase, overall stock levels are tight at 60 million bbl as we head toward summer.

Gas prices are fluctuating across the Great Lakes and Central region states. Overall, the majority of the states saw moderate changes at a nickel or less. Motorists in the region can find gas prices as expensive as $3.01 in Illinois to as cheap as $2.58 in Missouri.

It was surprising to see the region only have moderate changes considering gasoline stocks drew by nearly 1.3 million bbl and regional refinery utilization dropped one percentage point. At 50.5 million bbl, the EIA reports this to be the lowest level this year and at a 6 million bbl deficit year-over-year.

Florida (-3 cents) was one of only three states in the country to see gas prices decline on the week. Though weekly increases were minimal, with Texas (+5 cents) seeing the largest jump in the region. Overall, gas prices range from as expensive as $2.73 in Georgia to as cheap as $2.51 in Alabama.

Compared to a year ago, gas price averages for South and Southeast states are only about a nickel more expensive with the exception of Oklahoma (+9 cents). South Carolina ($2.56), Mississippi ($2.53) and Georgia ($2.73) all have the same average, or within a penny, as last year at this time.

Gasoline stocks saw a substantial 1.8 million bbl draw, dropping levels to sit just above the 80 million bbl mark. This is a level to which the region has been accustomed as of late and is 2.2 million bbl less than this time last year. However, regional refinery utilization increased to 92.9% – the highest of any region in the country – which could help to contribute to builds in stocks in coming weeks.

At the close of Friday’s formal trading session on the NYMEX, WTI fell $1.91 to settle at $63.30. Crude prices dipped after Baker Hughes, Inc. revealed that the number of oilrigs in the U.S. fell significantly by 20, landing at 805 last week. Crude prices increased earlier in the week, and could move higher due to concerns about restricted global supply this week, following the U.S. announcing that it would end the use of waivers for countries to import oil from Iran. Decreases in Iranian oil exports would tighten the supply in the global market, which has already seen decreases as a result of the ongoing U.S. sanctions against Iran and Venezuela, along with OPEC’s reduced production as a result of its 1.2-million b/d production reduction agreement with its partners. EIA’s weekly report revealed that total domestic crude inventories increased by 5.4 million bbl to 460.6 million bbl last week.