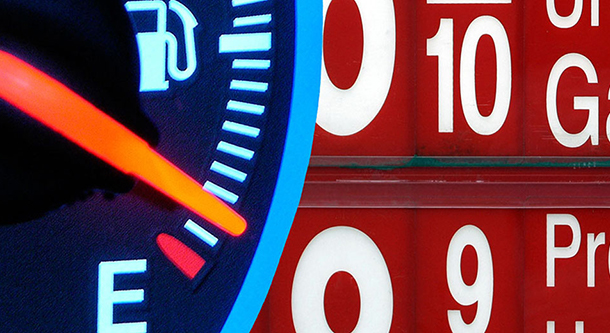 May 14, 2019 - Gas prices are declining slowly but steadily across the country, pushing the national average down three cents on the week to $2.86. Today’s average is four cents cheaper than last month and the same price as one year ago. In fact, 25 states have gas price averages that are just a nickel or less expensive than this time last year.

Gas prices are decreasing despite the Energy Information Administration’s (EIA) latest reports which show an increase in demand to summer-like levels and a decrease in gasoline stocks. The move to cheaper gas prices indicates that demand and supply are potentially leveling out.

“This is the first time in three months gas prices have shown consistent signs of declining,” said Jeanette Casselano, AAA spokesperson. “However, there are many factors that could quickly push up prices in the coming weeks, including the impact of Chinese tariffs, weather, a major draw in gasoline stock levels, a spike in demand or the volume of Memorial Day weekend travel.  Pump price movements this week will indicate if motorists will continue to see cheaper gas prices or if this was just a one-week fad.”

On the week, all but one Great Lakes and Central region states saw gas prices decrease or stabilize with Ohio (-12 cents), Michigan (-10 cents) and Indiana (-9 cents) seeing the largest declines at a dime or more. These three states lead the region and country for the largest weekly pump price changes. With a four cent decrease, Iowa and Kentucky round out the top 10 list of all states with the largest weekly changes.  Illinois (+1 cent) was the only state in the region to see prices increase on the week and also carries the most expensive average at $3.02.

A handful of states in the region are also paying less to fill-up year-over-year. Motorists in Ohio   (-18 cents) are seeing the largest yearly difference followed by Kentucky (-14 cents), Michigan (-12 cents), Iowa (-9 cents) and Mississippi (-7 cents).

Gas prices trended cheaper this week as refinery utilization increased to 87.6% and gasoline stocks drew by about 500,000 bbl per EIA’s latest weekly reports. Total stocks continue to trend above the 50 million bbl level, which is about a 5 million bbl deficit year-over-year. However, should utilization continue to increase and hit/stay above the 90% mark, stocks could build to a stronger level that would allow gas prices to stabilize even more. Typically ahead of Memorial Day weekend, the region has recorded stock levels around 52 million bbl.

Motorists in the West Coast region are paying the highest pump prices in the nation, with all seven states landing on the nation’s top 10 most expensive list. California ($4.07) and Hawaii ($3.63) are the most expensive markets. Washington ($3.53), Nevada ($3.49), Alaska ($3.44), Oregon ($3.42) and Arizona ($3.15) follow. Prices in the region have seen modest increases and decreases on the week, with California (-2 cents) seeing the largest decline and Alaska (+3 cents) seeing the largest increase.

The EIA’s recent weekly report for the week ending on May 3 showed that West Coast gasoline stocks fell again by approximately 400,000 bbl from the previous week and now sit at 27.1 million bbl. The West Coast may see continued price volatility and shrinking gasoline stocks this week, which will likely lead to more increases at the pump due to ongoing refinery maintenance that pushed prices over $4/gal in April.

Gas prices range from $3.18 (Idaho) to $2.77 (Wyoming) across the Rockies region. Every state saw pump prices increase since last Monday with Utah (+7 cents) and Idaho (+6 cents) having the largest gains both in the region and the country.

Motorists are accustomed to seeing prices increase around this time of year, but are likely having sticker shock when they consider how much more prices are compared to last month: Utah (+57 cents), Idaho (+46 cents), Colorado (+20 cents), Montana (+18 cents) and Wyoming (+18 cents). All states rank among the top 12 with largest monthly changes in the country. Utah and Idaho top the nation’s rankings in that category.

Prices are not likely to get cheaper any time soon. Regional refinery utilization wiped out the prior week’s gains falling 4% to 83%, according to EIA data for the week ending May 3. Stocks drew, dropping regional totals below the 7 million bbl mark. At 6.7 million bbl, this is the first time the first week of May has seen levels this low since May 2015, when stocks were 6.8 million bbl

All states in the Mid-Atlantic and Northeast region have cheaper, if not the same, gas prices as this time last year. Motorists in Delaware ($2.69) are seeing the most significant savings with the average being 16 cents cheaper year-over-year. This is the exception as most state’s averages are only as much as a nickel less to fill-up on the year.

On the week, all states are paying less at the pump with prices as much as six cents cheaper than last Monday. Pennsylvania ($3.02) carries the most expensive and Tennessee ($2.57) carries the least expensive in the region.  With a nearly 1.1 million bbl build, gasoline stock levels for the region measure at the 60.6 million bbl mark. EIA data reports this is the highest level since the end of March. The build, which was due in part to imports, helped to stabilize prices in the region on the week as regional refinery utilization plummeted from 92.5 to 83.9%. Refinery reports show that unplanned and planned maintenance is wrapping up, which should help to push utilization back up in coming weeks.

Gas prices are as much as six cents cheaper on the week for all states in the South and Southeast region. Motorists in Florida (-7 cents) saw the largest decrease followed by South Carolina and Georgia – both which saw a four cent decrease. In the region, gas prices range from $2.70 – $2.48.

All 10 states in the region have cheaper year-over-year gas price averages. Some averages are at or trending close to a double-digit difference compared to a year ago: Florida (-11 cents), Alabama (-9 cents), New Mexico (-9 cents), Louisiana (-8 cents), Texas (-8 cents) and South Carolina (-8 cents).

Gasoline stocks drew, but only by about 500,000 million bbl, to bring the region’s total to 81.4 million bbl. The EIA reports this is the largest stock level of any region in the United States for the week ending May 3. In addition, this level is the highest seen regionally for the first week of May since 2016. Should stocks remain at/or above this level, motorists will likely see moderate fluctuation in pump prices for the next week or two. However, severe weather along the Texas coast at the end of last week caused issues at some refineries, but specifics were not available at the time this report was published. This could negatively impact refinery utilization in the coming week.

At the close of Friday’s formal trading session on the NYMEX, WTI decreased four cents to settle at $61.66. On the week, crude prices have moved lower because of global concerns around trade negotiations between the U.S. and China. This plus reports that two Saudi oil tankers were attacked in the Strait of Hormuz are likely to keep prices volatile this week. In related news, this week’s EIA petroleum status report revealed that crude stocks fell by 4 million bbl to 466.6 million bbl last week. While the new level is 32.8 million bbl lower than the level at this time in spring 2018, the step back is a reversal from the previous week that saw crude inventories climb by 10 million bbl. Contributing to the recent reduction in total domestic crude inventories was a slight reduction in domestic crude production to 12.2 million b/d and a drop in crude imports from 7.4 million b/d to 6.7 million b/d. The reduction in crude inventories occurred despite crude exports falling last week from 2.6 million b/d to 2.3 million b/d. In related news, Baker Hughes, Inc. reported that the U.S. lost two oil rigs last week, bringing the country’s total to 805. When compared to this time in 2018, there are 39 fewer rigs now.