AAA: Are Americans Numbing to the Pain at the Pump? 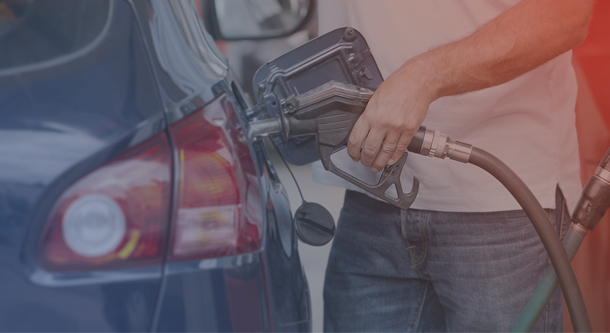 June 16, 2019 - “For consumers today, paying more to fill-up their gas tank may feel less shocking due to the national average pushing within pennies of $3/gallon the last two spring seasons,” said Jeanette Casselano, AAA spokesperson.  “However, there is good news for consumers this summer – the highest prices of the year could be in the rearview mirror. With most refineries operating at normal levels, demand at robust rates, and cheaper crude oil prices, summer gas prices are poised to be a little less than last year –dropping as much as a dime to lower the national average to $2.70.”

Even with Americans being more tolerant of higher gas prices, you can still expect 74% of Americans to make lifestyle changes to offset increased pump prices. Of those, nearly a quarter (24 percent) say $2.75 – a price consumers will see for sure at the pump this summer — as the price that would push them toward changing habits or choices, including:

This year, the most expensive West Texas Intermediate (WTI) crude oil prices, which AAA tracks to understand impact on pump prices, have ranged between $65 and $66/bbl. Most recently WTI crude fell as low as $53/bbl. That is cheaper than last summer when prices ranged between $65 and $73 per barrel – with most daily prices hovering just under $70 per barrel. Historically, crude oil prices and domestic gasoline demand have determined the price Americans pay at the pump in the summer months. And, that’s no different this summer.

Crude Analysis: The International Energy Agency noted in its May 2019 Oil Markets Report that global crude supply decreased as a result of reduced exports from Canada, Iran and other major crude exporters. If the Organization of the Petroleum Exporting Countries (OPEC) and its partners, including Russia, decide to extend their current production reduction agreement of 1.2 million b/d through the end of 2019, that would further tighten the global crude market.  OPEC extending its agreement will also likely lead to increased crude prices that would increase the price of gasoline around the world. It could also entice U.S. crude producers to export more crude, which could tighten supplies in the U.S. and raise retail prices at home. OPEC and its partners will meet on June 25 and 26 in Vienna, where they are expected to announce if the agreement will remain in effect.

Demand Forecast: For domestic gasoline demand, summer 2019 has been forecasted to reach some of the highest levels on record in the U.S. Meanwhile, domestic gasoline stocks are at their lowest level going into June since 2016. If demand rises while gasoline stocks remain low, pump prices could see modest increases, especially if supply is tight in local markets. On the other hand, gas demand could fall, as we’ve seen in recent weeks due to inclement weather from the Rockies to the Midwest and South. Moreover, the added threat of a major hurricane making landfall could also impact demand, which could suppress pump prices.

In its 2019 Atlantic hurricane season outlook, the National Oceanic and Atmospheric Administration’s Climate Prediction Center said that warmer-than-average sea-surface temperatures in the tropical Atlantic Ocean and Caribbean Sea, ongoing El Nino conditions, and an enhanced West African monsoon could produce nine to 15 named storms – including four to eight hurricanes and two to four major hurricanes. An average hurricane season produces 12 named storms, of which six become hurricanes, including three major hurricanes. The mere threat of a hurricane, especially one that threatens the shutdown of Gulf Coast refineries, can dramatically impact the price of crude and gasoline until normal operations resume.

“The price of crude is a driving factor when it comes to retail gasoline prices, accounting for nearly 60% of the price motorists see at the pump year-round. While crude prices have been cheaper this year, AAA is monitoring a number of circumstances that could cause crude oil market prices to increase. This includes reductions in global and domestic crude supply, exports, and U.S. gasoline demand.”

As Americans settle into summer, many outliers could pave the way for unexpected price bumps, so stayed tuned. Motorists can always find the latest national and state gas price averages and trends at GasPrices.AAA.com.

About AAA: AAA provides more than 59 million members with automotive, travel, insurance and financial services through its federation of 34 motor clubs and nearly 1,100 branch offices across North America. Since 1902, the not-for-profit, fully tax-paying AAA has been a leader and advocate for safe mobility. Drivers can request roadside assistance, identify nearby gas prices, locate discounts, book a hotel or map a route via the AAA Mobile app. To join, visit AAA.com.
Source: AAA