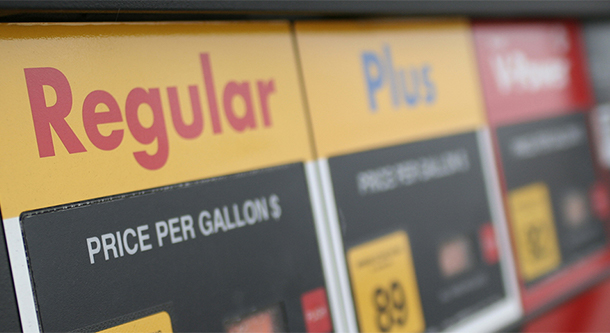 August 13, 2019 - The national gas price average, $2.64, represents a seven-cent drop on the week as domestic gasoline stocks built by a surprising 4.4 million bbl, according to the Energy Information Administration’s (EIA) latest data. Contributing to the build was at least 1.2 million b/d of imports at U.S. ports. With the large bump, stocks now sit 235 million bbl – a U.S. stock level not seen in nearly five months (end of March).

“On the week, nearly half of all states saw gas price averages decrease by at least a nickel,” said Jeanette Casselano, AAA spokesperson. “While gasoline demand increased week-over-week, it wasn’t enough to stay on pace with the huge jump in gasoline stocks. Therefore, pump prices continue to decline across the country.”

Today’s national gas price average is 13-cents less than a month ago and 21-cents cheaper than a year ago.

Motorists in five Great Lakes and Central states saw significant – double-digit – declines at the pump this week: Ohio (-19 cents), Indiana (-17 cents), Illinois (-12 cents), Michigan (-12 cents) and Kentucky (-10 cents). These states not only lead the top 10 list for weekly declines in the country, but also lead the largest monthly decline with savings as much as a quarter since this time in July: Illinois (-33 cents), Michigan (-32 cents), Ohio (-29 cents), Indiana (-30 cents) and Kentucky (-24 cents).

While all states in the region saw declines at the pump, they were not all significant. South Dakota saw the smallest decrease of just a penny. Gas prices in the region range from $2.79 in Illinois to $2.39 in Missouri.

Gas prices declined as gasoline stocks in the region jumped by 1.1 million bbl to bring total levels to 50 million bbl. The increase in stocks was supported by a 5% increase in regional refinery utilization, which was reported at 100% by the EIA. The Great Lakes and Central states are well-known for weekly volatility. While this week is starting with significant savings for much of the region, there is the potential for this coming week to bring increases.

State gas price averages are 4 to 7 cents cheaper on the week across the South and Southeast region. Florida (-7 cents), Oklahoma (-7 cents), Louisiana (-6 cents) and Georgia (-6 cents) land on the top 10 list of largest weekly changes. Though, Texas and South Carolina also saw their state average decline six-cents on the week.

The region saw a nearly 1 million bbl increase in gasoline stocks on the week and refinery utilization jumped 3.2%. At 84.7 million bbl, regional stocks now sit at their highest level since the end of May. Should stock levels and utilization remain at these high levels, motorists in the region can only expect to see gas prices continue to decline.

New York ($2.84), Connecticut ($2.83), Washington, D.C. ($2.82) and Pennsylvania ($2.82) rank as the 9th – 12thmost expensive gas price averages in the country. All Mid-Atlantic and Northeast states saw gas price averages decline on the week. However, pump price drops have been moderate (an average of four-cents) in comparison to other regions with double-digit weekly changes.

Regional gas prices are likely to continue decreasing, considering gasoline stocks rose by nearly 2 million bbl on the week. According to EIA reports, this was the largest build of any region. Much of the increase can be attributed to imports as regional refinery utilization saw a drop (2%) on the week.

Gas prices are trending cheaper or stable after the prior week brought increases for a few states in the Rockies region. Colorado (-5 cents) saw the largest weekly decline, followed by Idaho and Montana – each with a two 2 cent drop – and Wyoming (-1 cent). Utah’s average remained stable at $2.91.

Year-over-year, most motorists in the region are seeing savings of at least 20 cents/gallon: Idaho (-34 cents), Colorado (-23 cents), Wyoming (-22 cents) and Utah (-21 cents). In Montana, gas prices are 16-cents cheaper compared to this time last year.

In the Rockies, regional refinery utilization sits at 103%. While this is the highest utilization in the country, the region carries the smallest stock level: 7.5 million bbl, according to EIA data. Motorists are likely to see gas prices continue to trend cheaper through August.

Motorists in the West Coast region are paying the highest pump prices in the nation, with most states in the region landing on the top 10 most expensive list today. Hawaii ($3.64) and California ($3.62) are the most expensive markets in the country. Washington ($3.25), Nevada ($3.20), Oregon ($3.10) and Alaska ($3.06) follow. Arizona ($2.77) is the only state in the region to fall off the list. Most state averages in the region have decreased on the week, with California (-5 cents) seeing the largest decline.

The EIA’s recent report for the week ending on August 2 showed that West Coast gasoline stocks sit at 31.7 million bbl, growing by approximately 500,000 bbl from the previous week. The current level is nearly 1.3 million bbl higher than last year at this time, which could help prices stabilize if there is any disruption in supply or an increase in gas demand in the region this week.

At the close of Friday’s formal trading session on the NYMEX, WTI increased by a $1.96 to settle at $54.50. Crude prices increased last week after reports emerged that OPEC is considering additional crude production cuts. In July, the cartel announced that it and its partners would extend the 1.2 million b/d crude production reduction agreement for an additional nine months. More details about the potential production cuts will likely be discussed at OPEC’s next meeting on December 5-6 in Vienna. Crude prices could increase this week amid further indications that global crude supply will tighten this fall.

The increase in crude prices last week occurred despite the International Energy Agency (IEA) revealing that global oil demand from May 2018 to January 2019 grew at its slowest rate since 2008. As a result, IEA reduced its global crude demand growth forecasts for 2019 and 2020 to 1.1 million and 1.3 million bpd respectively.