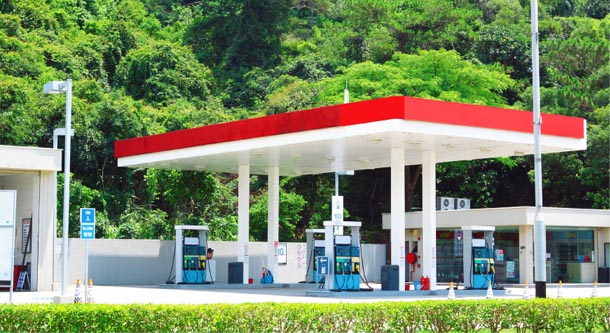 Eleven States Have Gas Price Average of $2/Gallon or Less

March 17, 2020 - As crude oil prices trend close to $30/bbl, Americans are seeing pump prices plummet across the country. On the week, gas price averages in 35 states decreased by double-digits, pushing the national average to $2.25, the cheapest price point of the year.

“The national gas price average is 13 cents cheaper on the week and nearly 20 cents less than the beginning of the month. These are significant decreases in just 7 and 16 days,” said Jeanette Casselano, AAA spokesperson. “AAA expects gas prices to continue trending cheaper, with the high likelihood of the national average hitting $2/gallon before the end of March.”

During this uncertain time of COVID-19, gas prices are declining despite increasing gasoline demand and decreasing U.S. stock levels. With the substantial drops at the pump, state gas prices in the region are relatively cheap, ranging from as low as $1.98 in Missouri to a high of $2.30 in Illinois.

With a draw of 1.8 million bbl, the Great Lakes and Central states region saw its first substantial drop in gasoline stocks in two months, according to the Energy Information Administration’s latest report. At 58 million bbl, stock levels remain healthy and in line with levels this time last year. If stocks were to decrease again in the coming week that would traditionally mean a pump price increase, but given current trends it’s more likely gas prices would decrease. State gas price averages in the South and Southeast are 10 to 15 cents cheaper on the week. Oklahoma (-15 cents) saw the largest decline in the region and ranks among the top 10 states with the biggest pump price change in the last seven days.

Gasoline stocks saw another week of substantial draw, this time 3.7 million bbl. The EIA reports that with the latest draw, total regional stock levels measure at 83 million bbl – the lowest level seen since the end of December last year. Year-over-year, regional stocks are sitting at a 4 million bbl deficit. Typically this could push gas prices more expensive, but its likely motorists in the region will see cheaper gas prices in the week ahead due to market uncertainties associated with the coronavirus.

On the week, motorists in the Mid-Atlantic and Northeast region saw average declines of 6 to 15 cents. Maine ($2.21) saw the biggest weekly difference of any state in the region.

Stocks dipped slight by 140,000 bbl to 9.1 million bbl. Compared to last year at this time, EIA data shows that current regional stock levels are at a 1.8 million bbl surplus. This healthy difference will likely keep state gas price averages declining in the week ahead, though potentially only by a few pennies for most of the region.

According to EIA’s latest weekly report, total gas stocks in the region increased slightly from 31.41 million bbl to 31.64 million bbl, which is 1.14 million bbl lower than the level at this time in 2019. Pump prices are likely to continue decreasing this week, barring any supply challenges.

At the close of Friday’s formal trading session on the NYMEX, WTI increased by 23 cents to settle at $31.73. Fears about COVID-19 and the crude price war between Russia and Saudi Arabia pushed crude prices lower last week. After President Trump announced that the U.S. Department of Energy would purchase oil to top off the Strategic Petroleum Reserve, crude prices rallied briefly. However, the announcement is unlikely to help increase crude prices further since the limited number of barrels the U.S. could purchase is small when compared to the dramatic reduction in global crude demand as a result of reduced economic activity due to COVID-19. Moving into this week, crude prices are likely to continue decreasing as the world grapples with how to contain the ongoing international public health crisis and associated economic challenges that could lead to a global recession. Until the price war ends and fears about COVID-19 subside, domestic crude prices are likely to remain low.