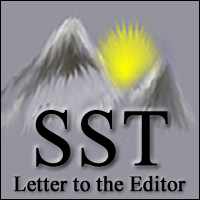 On April 12, 2020 - Pres. Trump tweeted:  The big Oil Deal with OPEC Plus is done. This will save hundreds of thousands of energy jobs in the United States. I would like to thank and congratulate President Putin of Russia and King Salman of Saudi Arabia. I just spoke with them from the Oval Office. Great deal for all!  (Trump pats himself on the back)

(Eight days later)  AUSTIN (Nexstar) — American oil prices crashed into negative territory for the first time in history on Monday, and jobs are expected to be on the chopping block because of it. The key U.S. oil benchmark, the West Texas Intermediate, dropped so low that the cost to have a barrel of U.S. crude oil delivered in May would be -$37.63.

When oil producer Allan Frizzell checked the markets earlier in the day, that price was even lower. “That means that if things were happening in real time, I guess we will be paying somebody $50 a barrel to come get our oil out of our tanks,” Frizzell said. “And so that’s where we are today. It’s unbelievable.”

The #1 best-selling book by Rick Wilson, a long-time GOP strategist and political commentator titled "Everything Trump Touches Dies" doesn't seem so far from reality after all.