February 19, 2018 - SACRAMENTO—The California Cruelty-Free Cosmetics Act, SB 1249, was introduced last week in the California State Legislature by Senator Cathleen Galgiani (D-Stockton). The bill, which would prohibit the sale of animal-tested 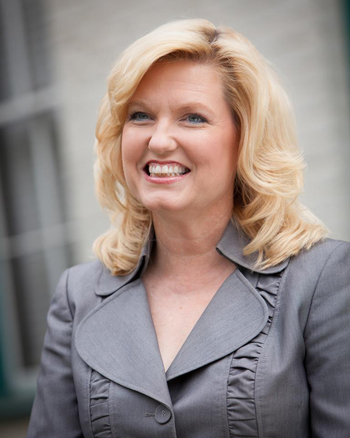 cosmetics in the state, is sponsored by Social Compassion in Legislation (SCIL) and the Physicians Committee for Responsible Medicine (PCRM), and supported by Cruelty Free International and Lush Cosmetics.

SB 1249 would make it unlawful for any cosmetic manufacturer to knowingly import or sell any cosmetic, including personal hygiene products such as deodorant, shampoo, or conditioner, in California if the final product or any component of the product was tested on animals after Jan. 1, 2020. A violation would result in a fine of up to $500 for the first violation and up to $1,000 for each subsequent violation.

“California has long been a leader in promoting modern alternatives to animal tests,” said Senator Cathleen Galgiani (D-Stockton). “Inaction at the federal level compels California to lead the way in ensuring a cruelty-free cosmetics market for its citizens by barring any new ingredients or cosmetics that are tested on animals.”

Nonanimal approaches—including engineered 3-D human skin tissues or other types of cells and sophisticated computer models—are cheaper, faster, and can better predict human reactions. In addition, companies can utilize the hundreds of thousands of ingredients for which safety data is already available.

“Banning animal-tested cosmetics in California will encourage manufacturers to clean up their act and stop selling animal-tested products across the United States,” says Kristie Sullivan, M.P.H., vice president of research policy with the Physicians Committee. “Passage of the California Cruelty-Free Cosmetics Act would be a win for human and animal lives.”

"The California Cruelty-Free Cosmetics Act would save thousands of animals’ lives each year while making cosmetics safer for humans,” says Judie Mancuso, founder and president of Social Compassion in Legislation.  "Social Compassion In Legislation (SCIL) has been a vanguard voice sponsoring landmark legislation since our founding in 2007. Whether local, state, or federal our mission is saving and protecting animals. This policy is tried and true as the European Union implemented a similar law over 5 years ago and the sky didn’t fall.  Animals have been saved while companies have flourished and grown without cruelty as part of their business model."

Monica Engebretson of Cruelty Free International said, “Our success in ending cosmetics testing on animals in the European Union and now in growing number countries has proven that a cruelty free cosmetics market is possible. We applaud Senator Galgiani for introducing this bill to ensure that cosmetics sold in California are safe and humane.”

The European Union ended importation and sale of any new cosmetics that have been tested on animals in 2013. In 2000, California became the first state to make it unlawful to use animals for testing when an appropriate alternative method is available. In 2014, the California State Legislature passed the Cruelty Free Cosmetics Resolution urging Congress to prohibit animal testing for cosmetics and to phase out marketing animal-tested cosmetics.