Congressman Tom McClintock Addresses the House Floor on the Federal Budget: Running Out of Time and Options

The Federal Budget: Running Out of Time and Options 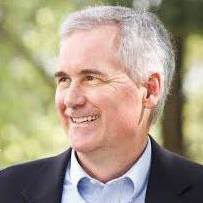 Mr. Speaker:
In December, we adopted one of the most important tax reform laws in our nation’s history.  It is producing higher wages, better job opportunities, and greater economic expansion than we’ve seen in a decade.  But having cut taxes, we assumed an urgent responsibility to restrain spending.
Taxes and debt are two sides of the same coin.  A debt is simply a future tax.  Once we’ve spent a dollar, we’ve already decided to tax it, either now or in the future.  It’s the spending that’s the problem.
Three numbers -- 26, 29 and 46 -- tell the whole story.  Over the last ten years, population and inflation have increased a combined 26 percent.  Our revenues have more than kept pace, increasing 29 percent.  The problem is that third number.  Our spending has grown 46 percent.
We are now approaching a trillion-dollar annual deficit, with $21 trillion of total debt.  This not only crowds out capital that would otherwise be used for economic expansion, it also produces staggering interest costs on that debt which today amount to $475 billion a year.  Our total defense spending this year is roughly $675 billion.
Every one percent increase in interest rates adds roughly $200 billion to our ANNUAL interest costs.  If capital markets believe we have no plan and no inclination to control our spending, they could soon begin demanding higher rates to compensate their added risk.  That’s a debt spiral.  It leads to a debt crisis.  Pension systems implode, basic services falter, the economy collapses, and the population flees.  Puerto Rico’s debt crisis has left its government completely helpless to respond to last year’s hurricanes.
The instrument required to prevent this from happening is the federal budget.  It is supposed to set limits on discretionary and mandatory spending and provide a streamlined process to adjust statutes to meet those levels. The deadline for Congress to pass a budget was April 15th.   To date, the House Budget Committee has done precisely nothing to fulfill this statutory requirement and this fiscal imperative.  Nothing.
The Constitution gives to the House the power of the purse.  A dollar is not spent by the government unless the House says it gets spent.  Two months ago, having cut taxes, the House has approved a 20 percent INCREASE in discretionary spending, placing us on a path that will inexorably lead to a sovereign debt crisis.  And the House Budget Committee, over the objections of myself and others, has done nothing to produce a plan to get us off that path.
Fortunately, the Republican Study Committee – the largest caucus in the Congress – has stepped forward to offer a comprehensive budget for fiscal year 2019.  I chair the Budget Task Force of the RSC, and I want to thank the many members and staff who provided countless hours to produce it.
The RSC budget is at present the only credible and comprehensive plan in Congress to turn us back toward fiscal solvency before it is too late, getting us back to balance by 2026.
It combines the fiscal reforms proposed by the members of the RSC over the last several sessions, along with innovations in service delivery proposed by the CBO, the GAO, the administration and by think tanks like Heritage and Mercatus.
It shows, program by program, how we can reform them in a manner that produces more effective service delivery at much lower cost, save Medicare and Social Security from impending collapse, and fully fund our nation’s defense.
Yes, it gores every sacred cow in the federal government, and we will hear howls of protest from the partisans of the status quo.  But we are running out of time and running out of options.  Those same voices have placed us on a collision course with bankruptcy, and countries that bankrupt themselves aren’t around very long.  A sovereign debt crisis is coming – and at our current rate of spending and borrowing, it could be coming very soon.
I implore the Speaker to allow this budget to be brought at once to the floor and at least give the House the fleeting and perhaps final chance to avert the fiscal crisis that looms before us.

Given the fact that there is no credible plan even being considered to avert this crisis, the RSC budget may represent the last best hope of restoring our government to solvency and assuring that we can continue to provide for the common defense and promote the general welfare for ourselves and our posterity.
Source: Congressman Tom McClintock