Update: 7:58 A.M.Today the fire behavior was focused in the northwest perimeter of the fire. Fire activity was also problematic on the southern end of the fire. Crews were able to hold the direct fire line to the south, which was established prior. A burning operation was successful in helping secure part of the southern edge of the fire. Crews continued to make progress on establishing fire liens along the western edge of the fire. The fire is being held on the east flank and has not crossed the San Joaquin River. On the northern end, the fire continues to back down towards the Windy Point boat launch at the Mammoth Pools.The French Fire continues to produce large amounts of smoke, which has impacted local communities. Smoke is typically greater in the morning and evening hours. Plan outdoor activities for times and places with low smoke levels. Up slope breezes occur during the day, which will often take smoke into higher elevations. In the evening, these winds change direction and bring smoke down slope to lower elevations. For more information about smoke impacts, please visit the San Joaquin Valley Air Pollution District's website at: http://valleyair.org/wildfires.htmSeveral Forest Service and private campgrounds were evacuated for public safety concerns. Several summer homes in the Hogue Apple Ranch and Wagner's Resort were also evacuated. The impacted residences were able to make arrangements to stay elsewhere and there was not a need to open any shelters.A Forest Service Area Road and Trail Closure, Forest Order $15-14-07, has been issued for the French Fire area. More information about the Forest Closure and the closure can be found at: http://tinyurl.com/044cvyu 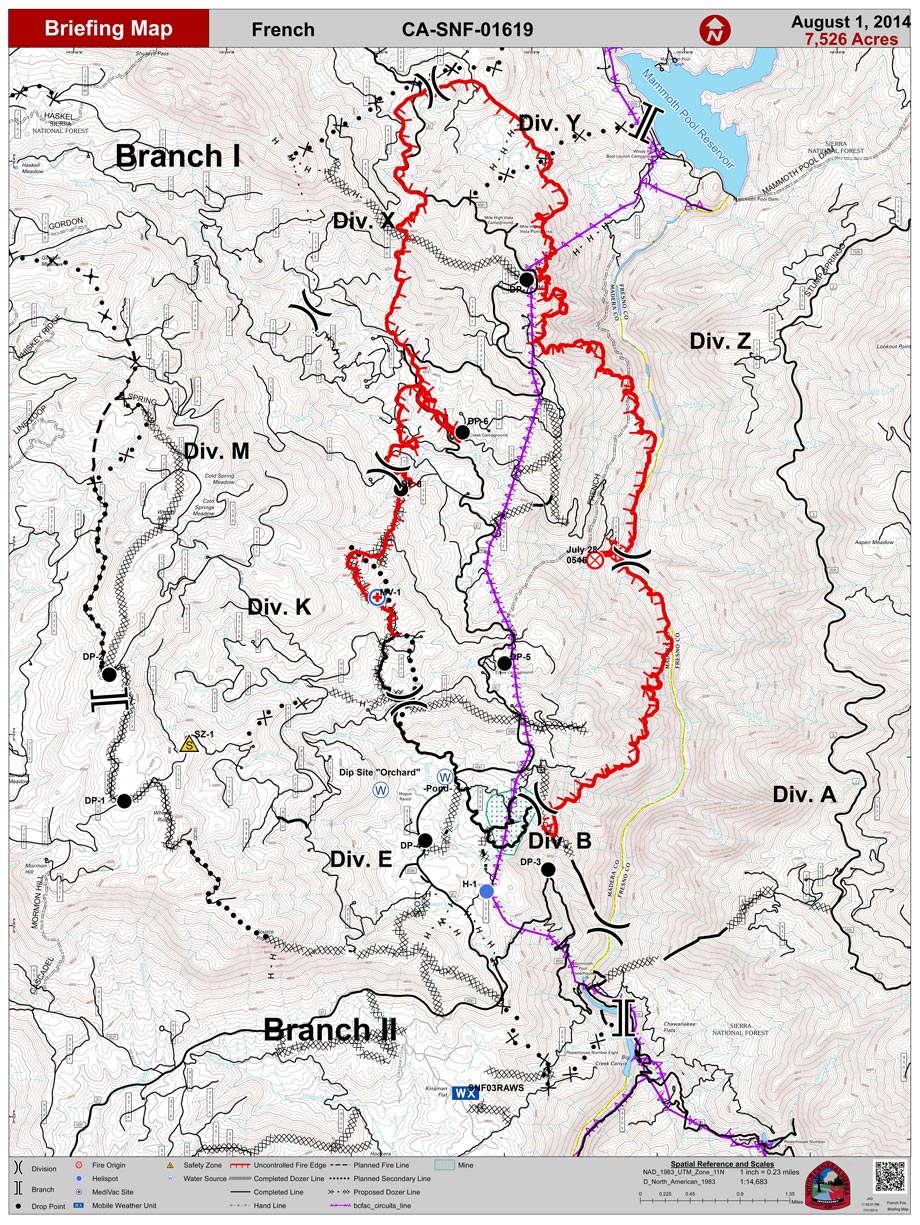