August 1, 2018 - SONORA, California – Stanislaus National Forest Supervisor Jason Kuiken signed a forest order closing several Groveland Ranger District roads and trails impacted by the Ferguson Fire. This closure is based on the current and expected fire behavior and will be in effect until Sept. 30, 2018, or until replaced or rescinded.

Crews and firefighters with heavy equipment and driving emergency vehicles are working in active fire areas. For crew and public safety, Forest Order 16-2018-7 identifies an area of Groveland Ranger District from Ferguson Ridge in the south to Pilot Ridge in the north that is closed to public access. The forest order and accompanying map can be found at https://go.usa.gov/xUvWQ.

“We coordinated with the incident command staff, firefighters and emergency response agencies and determined a closure area is the best means to protect the public,” Kuiken said.  “We have installed signs and posted notices to alert the public about these temporary closures. We ask everyone to remain outside the closure area until it reopens.”

The Ferguson Fire started July 13 on the Sierra National Forest and is managed under unified command between the United States Forest Service, California Interagency Incident Management Team 4, CALFIRE and the Mariposa County Sheriff’s Office. Much of the fire is burning in steep, rugged terrain with little to no access roads. Mandatory and advisory evacuations are still in place in several areas.  For more information about the Ferguson Fire visit https://inciweb.nwcg.gov. 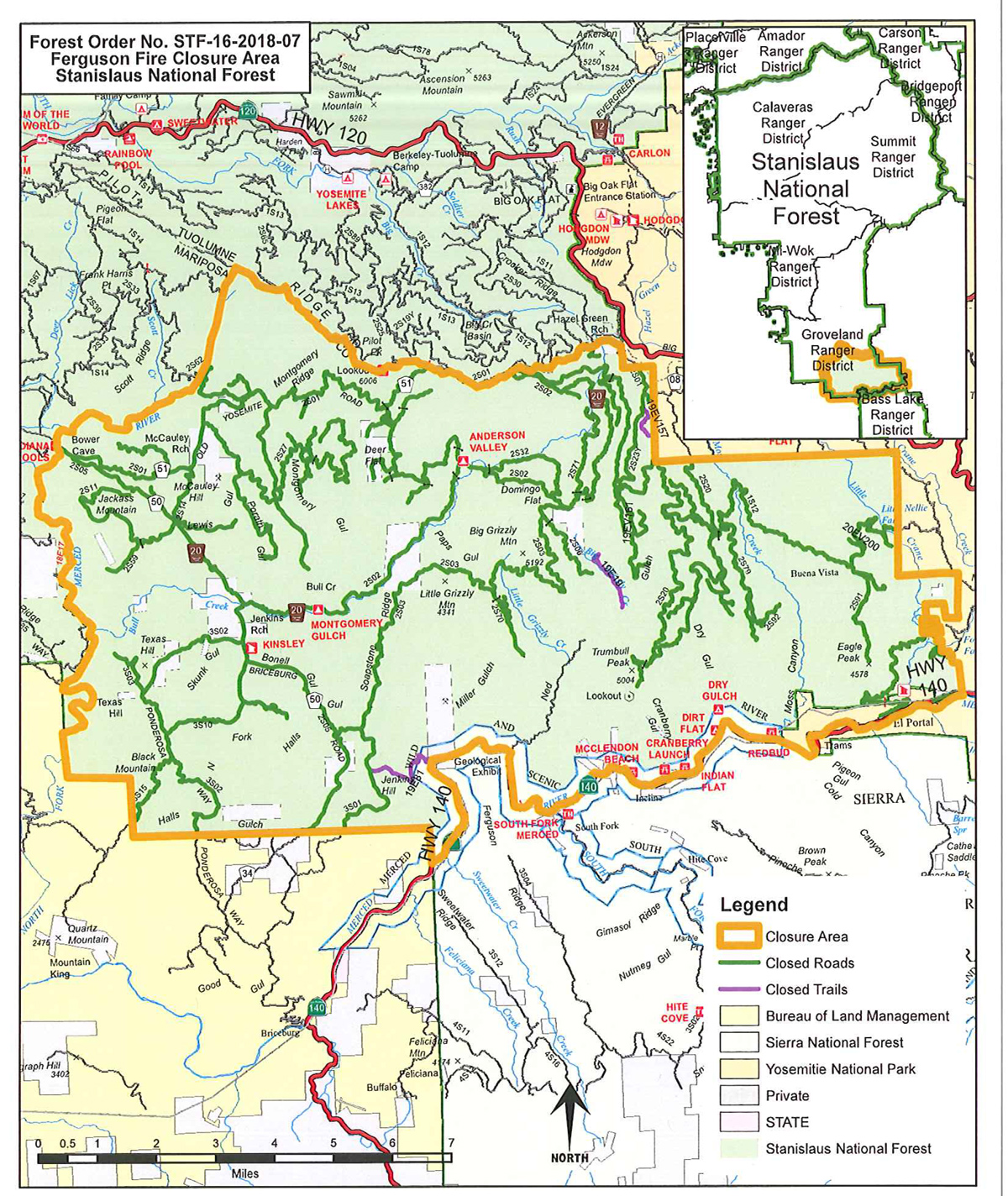