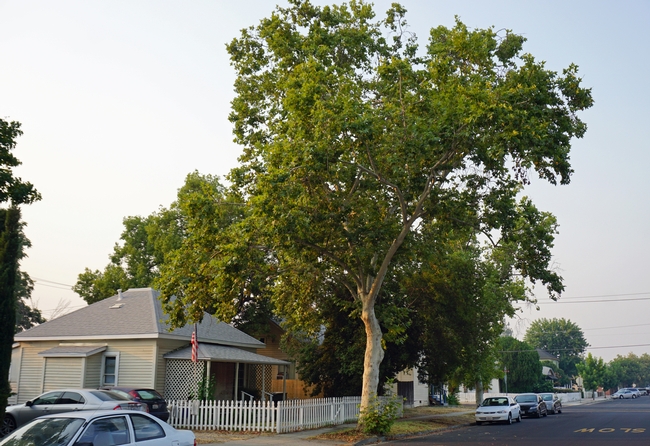 August 4, 2018 - Many common street trees now growing in the interior of California are unlikely to persist in the warmer climate expected in 2099, according to research published in the July 2018 issue of the journal Urban Forestry & Urban Greening.

"Urban foresters in inland cities of California should begin reconsidering their palettes of common street trees to prepare for warmer conditions expected in 2099 due to climate change," said the study’s co-author, Igor Lacan, UC 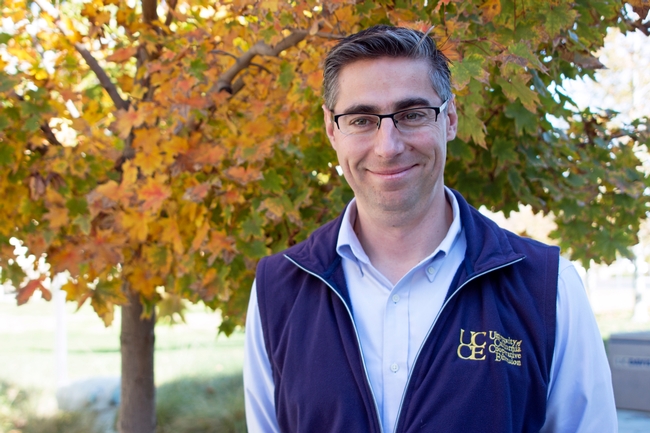 Common trees in Coastal California cities appear to be better suited to withstand the 2099 climate.

"Our research shows that some trees now lining the streets of cities like Fresno, Stockton and Ukiah are likely to perform poorly in 2099," Lacan said. "Those cities need to look at the conditions – and trees – now found in El Centro, Barstow and Fresno respectively."

To reach these conclusions, Lacan and co-author, professor Joe McBride of UC Berkeley, used space-for-time substitution. They compared the most common street tree species in cities representing each of the 16 California climate zones with trees in cities that currently have climates that approximate the expected warmer conditions in the 16 cities 80 years from now.

For example, Eureka can expect a climate like Berkeley’s today; Fresno’s climate will resemble the climate of El Centro today. (Find the complete list of cities below.) The corresponding cities were determined with climate predictions from Cal-Adapt, which synthesizes California climate change scenarios to reach a consensus view of the magnitude of climatic warming.

"We used the mid-range models," Lacan said. "It’s very reasonable to say the warming predicted by the model we used is already ‘baked in,’ regardless of any mitigation efforts. While we should take measures to prevent even greater warming – mostly by reducing the use of fossil fuels – this study aims to help adapt California urban forests to the warming that can be reasonably expected to occur."

Lacan said he and McBride were surprised to find that coastal cities and their warm equivalents contain most of the same common urban tree species, while the warm equivalents of inland cities seemed to lack most and, in some cases, all of the common trees there today.

"It’s really a sharp distinction," Lacan said. "Perhaps they were lucky, but coastal cities are better positioned for the climate of 2099 than the inland cities." 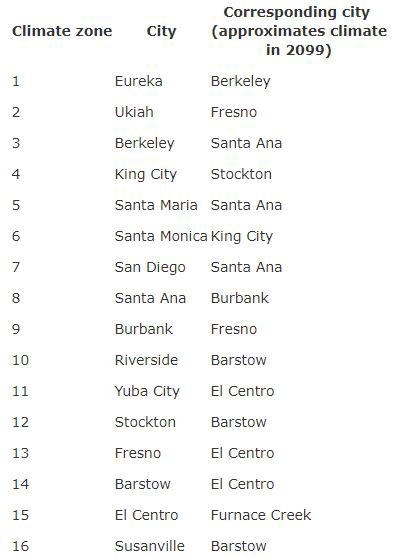