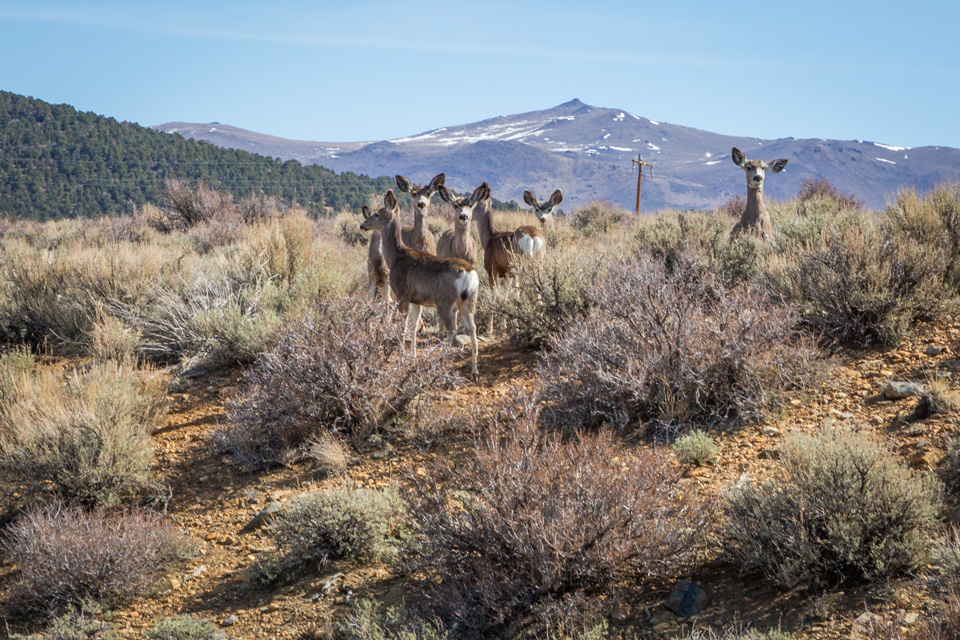 October 21, 2018 - As the weather begins to change in the high country, the deer population is moving to their summer range or winter range depending on the time of the year. The California Department of Transportation (Caltrans) would like to remind motorists to remain alert for migrating deer on the highways in the Eastern Sierra. Large numbers of deer are on the move at this time of the year and they pose a real threat to motorists. Serious injuries or death can occur if you strike a deer at highway speeds.

“It’s important that motorists, when driving through areas frequented by deer, elk and other animals, do all they can to protect themselves as well as some of California’s greatest natural resources – our wildlife,” said Caltrans Director Malcolm Dougherty.

In California alone, the California Highway Patrol reported more than 1,800 wildlife-vehicle collisions in 2010. Approximately $1 billion in property damage is also caused by these incidents. The Defenders of Wildlife, a national, nonprofit organization dedicated to protecting native animals and plants, report more than 200 people are killed in collisions with wildlife each year with an estimated 1.5 million animals hit annually in the United States.

To reduce deer/vehicle accidents Caltrans identifies known deer migration crossings on State highways with warning signs. The vegetation along the sides of the roadway is mowed increasing the site distance of the driver. New construction and rehabilitation projects include flattening of the slopes next to the roadway and the removal of bitter brush seed from the re-vegetation mix. Biologist from Caltrans and Department of Fish & Game continue to study the habits of the deer population working to develop new technology that will improve driver safety as well as deer safety.

Ways to Prevent a Collision with a Deer:

What to do if you hit a deer.