An update on acreage will be released in the morning fire update after a mapping flight is conducted tonight.

Cause of the French Fire Released, Public’s Help Needed.

An investigation has concluded, that an abandoned campfire near the Rock Creek Campground was the cause of the French Fire on the Bass Lake Ranger District of the Sierra National Forest. The abandoned campfire was located towards the bottom of Rock Creek Road, near the San Joaquin River, as shown in the map below. Investigators believe a long log was left in the campfire, extending into nearby pine needles. As the log burned and reached the pine needles, the fire extended into the forest starting the French Fire.

For just this reason, a Forest Order has been in place since June 25, 2014 restricting campfires in the Sierra National Forest, to help prevent just such an incident given the extreme drought conditions existing on the Forest. Campfires were not permitted unless they were in a designated campground during the time of the incident. “It is an unfortunate and unnecessary loss for all of us, that due to the irresponsible actions of a few, a portion of a national treasure has been lost, not to mention putting lives and homes at risk” said Dean Gould, Forest Supervisor, Sierra National Forest. To date, close to 12,000 acres have burned, at an incident response cost of 8 million dollars to date, which does not include the value of resources or property lost or damaged.

Investigators with the Sierra National Forest are asking for the public’s help for information about anyone who was seen in the area of Rock Creek Road near the San Joaquin River on during the afternoon or evening of Sunday July 27.

Anyone with information is encouraged to call the French Fire Information line at 559-877-2605. 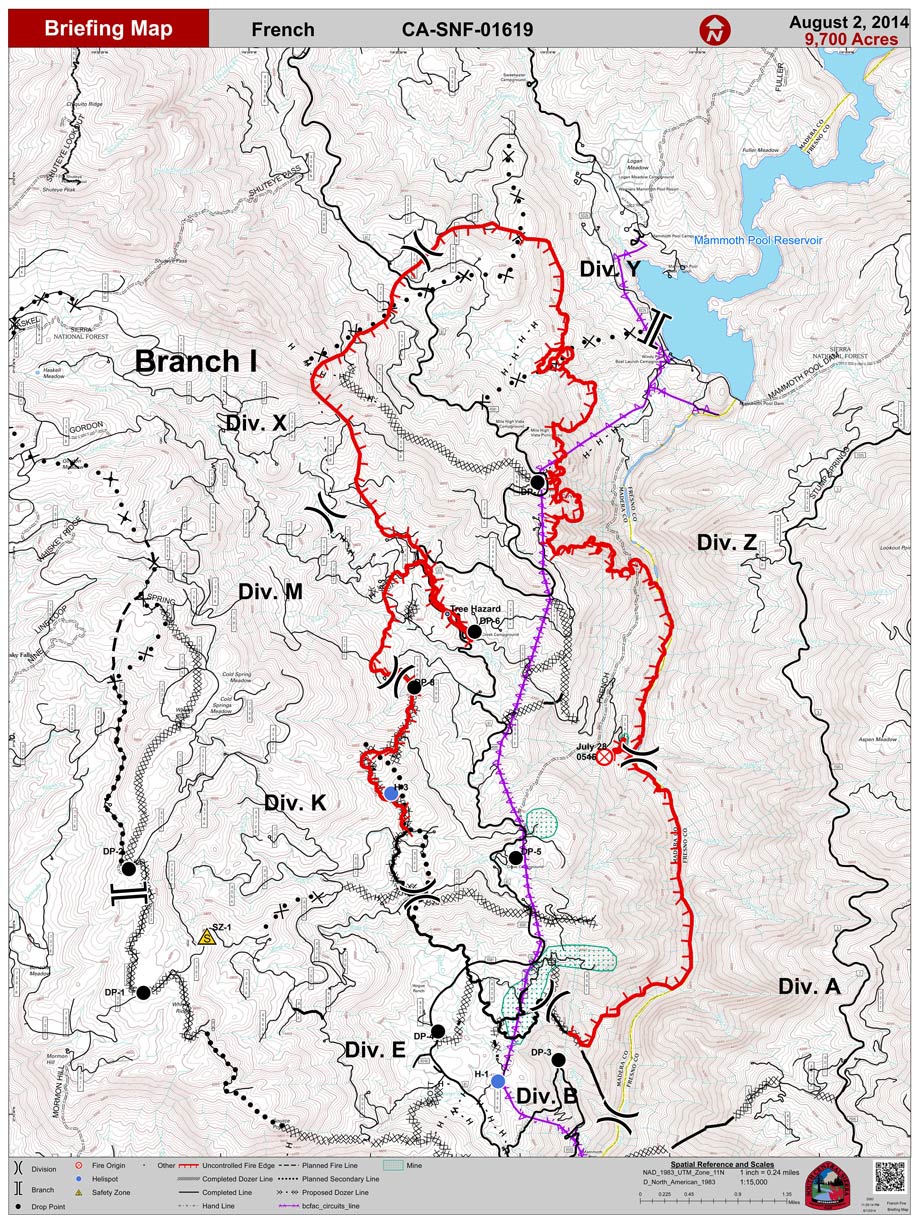