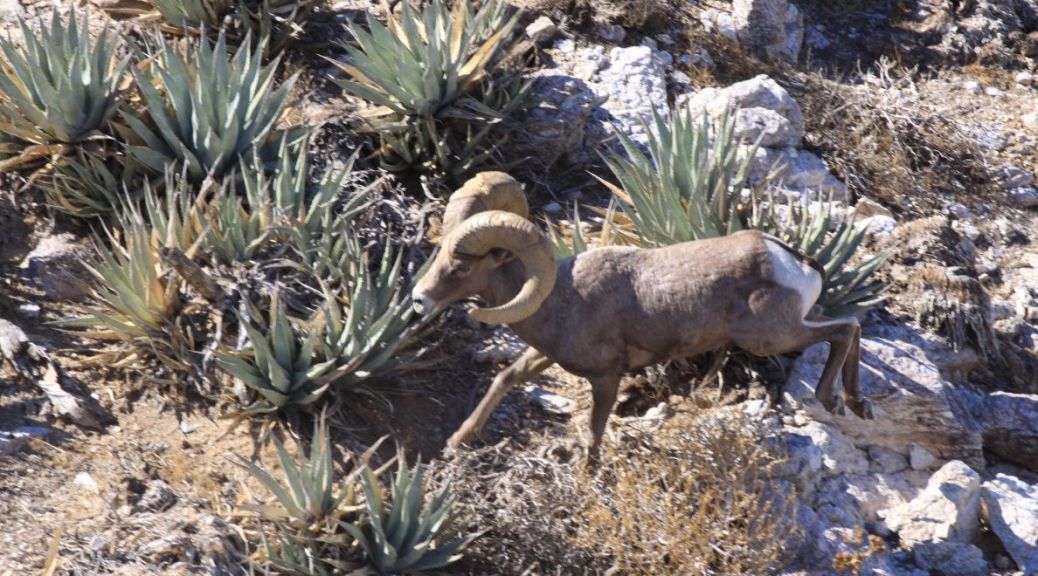 This reduction appears to be consistent with an outbreak of respiratory disease that CDFW has been investigating since December.

“Die-offs of bighorn sheep of this type and magnitude that have occurred in the past have almost always been triggered by contact with domestic sheep or goats,” CDFW Wildlife Biologist Dr. Jeff Villepique said.

In December 2018, multiple reports of dead or dying bighorn sheep in Whitewater Canyon and the Mission Creek drainages were confirmed by biologists working for CDFW. Tissue samples from carcasses were sent to pathologists at the California Animal Health and Food Safety laboratories. The investigation is ongoing, with 21 bighorn carcasses identified thus far.

Administering medical treatment to sick bighorn is not feasible due to many factors, including the remote location, the difficulty of capturing animals and inability to capture and treat the entire herd.

Southern California is home to approximately 4,800 bighorn sheep in 64 herd units. To date, there have been no reports of sheep in nearby herds being affected by the disease.

CDFW is one of several entities involved in managing bighorn sheep in California, and participates in the Western Association of Fish and Wildlife Agencies Wild Sheep Working Group. The Group has declared respiratory disease to be “the biggest impediment to restoring and sustaining bighorn sheep populations.”
Source: CDFW