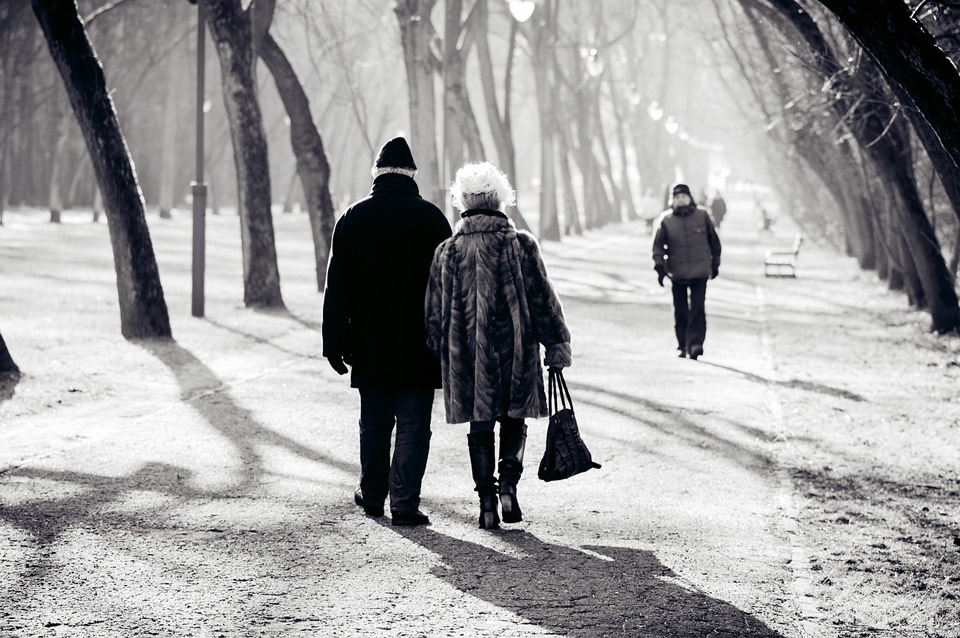 Image by tookapic from Pixabay

June 29, 2019 - By Robert Sanders - People who report a declining quality of sleep as they age from their 50s to their 60s have more protein tangles in their brain, putting them at higher risk of developing Alzheimer’s disease later in life, according to a new study by psychologists at the University of California, Berkeley.

The new finding highlights the importance of sleep at every age to maintain a healthy brain into old age.

“Insufficient sleep across the lifespan is significantly predictive of your development of Alzheimer’s disease pathology in the brain,” said the study’s senior author, Matthew Walker, a sleep researcher and professor of psychology. “Unfortunately, there is no decade of life that we were able to measure during which you can get away with less sleep. There is no Goldilocks decade during which you can say, ‘This is when I get my chance to short sleep.’”

Walker and his colleagues, including graduate student and first author Joseph Winer, found that adults reporting a decline in sleep quality in their 40s and 50s had more beta-amyloid protein in their brains later in life, as measured by positron emission tomography, or PET. Those reporting a sleep decline in their 50s and 60s had more tau protein tangles. Both beta-amyloid and tau clusters are associated with a higher risk of developing dementia, though not everyone with protein tangles goes on to develop symptoms of dementia.

Based on the findings, the authors recommend that doctors ask older patients about changes in sleep patterns and intervene when necessary to improve sleep to help delay symptoms of dementia. This could include treatment for apnea, which leads to snoring and frequent halts in breathing that interrupt sleep, and cognitive behavioral therapy for insomnia (CBT-I), a highly effective way to develop healthy sleep habits. It may even include simple sleep counseling to convince patients to set aside time for a full eight hours of sleep and simple sleep hygiene tricks to accomplish that.

“The idea that there are distinct sleep windows across the lifespan is really exciting. It means that there might be high-opportunity periods when we could intervene with a treatment to improve people’s sleep, such as using a cognitive behavioral therapy for insomnia,” Winer said. “Beyond the scientific advance, our hope is that this study draws attention to the importance of getting more sleep and points us to the decades in life when intervention might be most effective.”

The 95 subjects in the study were part of the Berkeley Aging Cohort Study (BACS), a group of healthy older adults — some as old as 100 years of age — who have had their brains scanned with PET, the only technique capable of detecting both beta-amyloid tangles and, very recently, tau tangles, in the brain.

Winer, Walker and their colleagues reported their results online last week in the Journal of Neuroscience.

Brain waves out of sync

The team also made a second discovery. They found that people with high levels of tau protein in the brain were more likely to lack the synchronized brain waves that are associated with a good night’s sleep. The synchronization of slow brain waves throughout the cortex of the sleeping brain, in lockstep with bursts of fast brain waves called sleep spindles, takes place during deep or non-rapid eye movement (NREM) sleep. The team reported that the more tau protein older adults had, the less synchronized these brain waves were. This impaired electrical sleep signature may therefore act as a novel biomarker of tau protein in the human brain.

Greater levels of pathological tau protein, primarily in the brain’s medial temporal lobe (orange and yellow at bottom in cross section of the brain), were associated with weaker synchrony of slow waves (red) and sleep spindles (orange), two brain waves important for storing memories while we sleep. (UC Berkeley image by Matthew Walker and Joseph Winer)

“There is something special about that synchrony,” given the consequences of this tau protein disruption of sleep, Walker said. “We believe that the synchronization of these NREM brain waves provides a file-transfer mechanism that shifts memories from a short-term vulnerable reservoir to a more permanent long-term storage site within the brain, protecting those memories and making them safe. But when you lose that synchrony, that file-transfer mechanism becomes corrupt. Those memory packets don’t get transferred, as well, so you wake up the next morning with forgetting rather than remembering.”

Indeed, last year, Walker and his team demonstrated  that synchronization of these brain oscillations helps consolidate memory, that is, hits the “save” button on new memories.

Several years ago, Walker and his colleagues initially showed that a dip in the amplitude of slow wave activity during deep NREM sleep was associated with higher amounts of beta-amyloid in the brain and memory impairment. Combined with these new findings, the results help identify possible biomarkers for later risk of dementia.

“It is increasingly clear that sleep disruption is an underappreciated factor contributing to Alzheimer’s disease risk and the decline in memory associated with Alzheimer’s,” Walker said. “Certainly, there are other contributing factors: genetics, inflammation, blood pressure. All of these appear to increase your risk for Alzheimer’s disease. But we are now starting to see a new player in this space, and that new player is called insufficient sleep.”

The brain rhythms were recorded over a single eight-hour night in Walker’s UC Berkeley sleep lab, during which most of the 31 subjects wore a cap studded with 19 electrodes that recorded a continual electroencephalogram (EEG). All had previously had brain scans to assess their burdens of tau and beta-amyloid that were done using a PET scanner at the Lawrence Berkeley National Laboratory and operated by study co-author William Jagust, professor of public health and a member of Berkeley’s Helen Wills Neuroscience Institute.

Is sleep a biomarker for dementia?

Doctors have been searching for early markers of dementia for years, in hopes of intervening to stop the deterioration of the brain. Beta-amyloid and tau proteins are predictive markers, but only recently have they become detectable with expensive PET scans that are not widely accessible.

Yet, while both proteins escalate in the brain in old age and perhaps to a greater extent in those with dementia, it is still unknown why some people with large burdens of amyloid and tau do not develop symptoms of dementia.

“The leading hypothesis, the amyloid cascade hypothesis, is that amyloid is what happens first on the path to Alzheimer’s disease. Then, in the presence of amyloid, tau begins to spread throughout the cortex, and if you have too much of that spread of tau, that can lead to impairment and dementia,” Winer said.

Walker added that, “A lack of sleep across the lifespan may be one of the first fingers that flicks the domino cascade and contributes to the acceleration of amyloid and tau protein in the brain.”

The hypothesis is supported, in part, by Jagust’s PET studies, which have shown that higher levels of beta-amyloid and tau protein tangles in the brain are correlated with memory decline, tau more so than amyloid. Tau occurs naturally inside the brain’s neurons, helping to stabilize their internal skeleton. With age, tau proteins seem to accumulate inside cells of the medial temporal lobe, including the hippocampus, the seat of short-term memory. Only later do they spread more widely throughout the cortex.

While Jagust has run PET scans on the brains of many healthy people, as well as those with dementia, many more subjects are needed to confirm the relationship between protein tangles and dementias like Alzheimer’s disease. Because PET scanners are currently expensive and rare, and because they require injection of radioactive tracers, other biomarkers are needed, Walker said.

The new study suggests that sleep changes detectable in a simple overnight sleep study may be less intrusive biomarkers than a PET scan.

“As wearable technology improves, this need not be something you have to come to a sleep laboratory for,” said Walker. “Our hope is that, in the future, a small head device could be worn by people at home and provide all the necessary sleep information we’d need to assess these Alzheimer’s disease proteins. We may even be able to track the effectiveness of new drugs aimed at combating these brain proteins by assessing sleep.”

“I think the message is very clear,” Walker added. “If you are starting to struggle with sleep, then you should go and see your doctor and find ways, such as CBT-I, that can help you improve your sleep. The goal here is to decrease your chances of Alzheimer’s disease.”