U.S. Senator Kirsten Gillibrand, Colleagues Introduce Legislation to Rename All Bases and Other Military Assets for Confederacy Within One Year 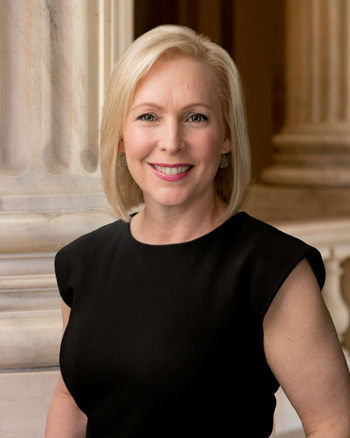 the Pentagon to remove all names, symbols, displays, monuments, and paraphernalia that honor or commemorate the Confederate States of America, and anyone who voluntarily served it, from all military bases and other assets of the Department of Defense. The Pentagon must rename the assets within one year.

“Our country has the opportunity to decide who we are as a nation, and we can’t afford to get this wrong,”said Senator Gillibrand.“We know that removing these names and symbols won’t erase the ugly stain of slavery from our nation’s history, but it will help us build a future where members of the military– no matter their skin color – can proudly serve our country without the glorification of the legacy of white supremacy.”