U.S. Secretary of the Interior David L. Bernhardt Applauds the President Donald J. Trump’s Intent to Nominate William Perry Pendley to be the Director of the Bureau of Land Management

June 28, 2020 - WASHINGTON – On Friday, President Donald J. Trump announced his intent to nominate William Perry Pendley to be the 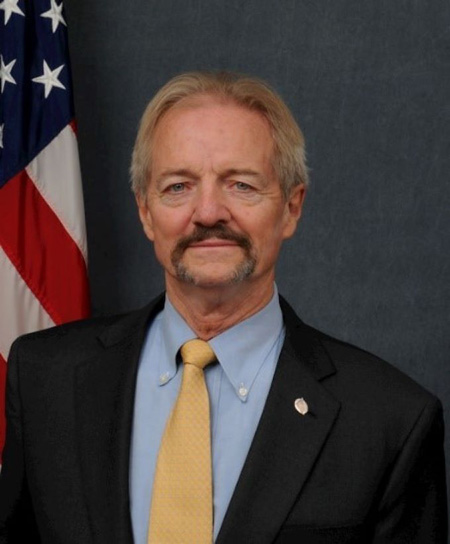 Director of the Bureau of Land Management at the U.S. Department of the Interior. U.S. Secretary of the Interior David L. Bernhardt applauded the action.

“I commend President Trump’s intent to nominate William Perry Pendley who has been a leader at the Bureau of Land Management for nearly a year. He’s doing a great job, including acquiring more than 25,000 acres of public land for expanded recreational access," said Secretary Bernhardt.

Mr. Pendley currently serves as the Bureau of Land Management's Deputy Director for Policy and Programs, exercising the authority of the director. He also has decades of experience in federal land management policy as an attorney.

Born and raised in Cheyenne, Wyoming, Mr. Pendley received B.A. and M.A. degrees in Economics and Political Science from George Washington University in Washington, D.C. He was a captain in the U.S. Marine Corps, after which he received his J.D. from the University of Wyoming College of Law, where he was Senior Editor on Land and Water Law Review.

Mr. Pendley has a distinguished background of public and private service, having been an attorney to former Senator Clifford P. Hansen (Wyoming) and to the House Interior and Insular Affairs Committee. During the Reagan Administration, he served as Deputy Assistant Secretary for Energy and Minerals of the Department of the Interior, where he authored President Reagan's National Minerals Policy and Exclusive Economic Zone proclamation. Mr. Pendley was also a consultant to former Secretary of the Navy John F. Lehman, Jr. and was a part of a private legal practice in the Washington, D.C. area before returning to the West in 1989 to become the President of the Mountain States Legal Foundation. He presided over the Mountain States Legal Foundation for nearly 30 years before joining the BLM last year.
Source: DOI