U.S. Senators Ron Wyden and Jeff Merkley Co-sponsor Legislation to Extend Nationwide Moratorium on Evictions That Expires on July 24 – Would Continue to March 27, 2021

The Protecting Renters from Evictions and Fees Act would extend and expand the eviction moratorium for renters that ends on July 24, 2020 unless extended 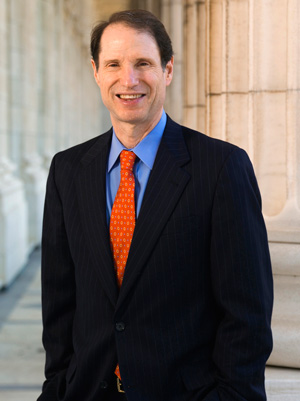 eviction moratorium by nearly eight months to March 27, 2021, and expand it to cover nearly all renters.

The Protecting Renters from Evictions and Fees Act extends the federal eviction moratorium from July 24, 2020 to one year after the March 27, 2020 enactment of the CARES Act, and would also prohibit fees, fines and extra charges due to nonpayment of rent. The HEROES Act, already passed by the House of Representatives, includes the same extension and universal expansion of the federal eviction moratorium.

“The economic fallout from the COVID-19 public health crisis has slammed renters struggling in Oregon and nationwide to remain in their homes,” Wyden said. “At a time when families are juggling bills and doing their utmost to stay safe by staying home as much as possible, this legislation extending the eviction moratorium would provide both peace of mind and an urgently needed economic safety net.”

“Oregon’s severe housing crisis was made even worse by the coronavirus crisis,” said Merkley. “Unfortunately, it’s becoming more and more clear that we are not getting out of this public health emergency—and the economic destruction it is causing—anytime soon. That’s why Congress must continue to fight for critical relief programs that are making a difference, and immediately pass this legislation to extend and expand the national eviction moratorium.”

Even before the coronavirus pandemic, 25 percent of renters had housing costs greater than half of their income. Families already living on the margin are now facing increased economic vulnerability due to COVID-19. Experts are warning that ending the moratorium now could lead to "an avalanche of evictions" as Americans continue to face high unemployment rates - which are as high as 16.8 percent for Black Americans and 13.3 percent overall. The latest U.S. Census Bureau Household Pulse Survey finds that 30 percent of renters have no or little confidence they can make their next housing payment; and renters of color are disproportionately more likely to be concerned about making their next housing payment.

The Protecting Renters from Evictions and Fees Act of 2020 is endorsed by the National Low Income Housing Coalition, National Housing Law Project, and Action Center on Race and the Economy.

Text of the bill is here.

A summary of the bill is here.
Source: Senator Ron Wyden