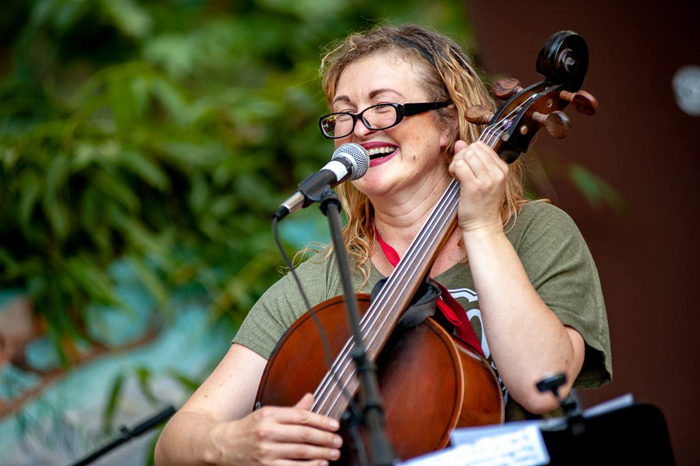 August 4, 2020 - The final live stream for the Mariposa County Arts Council's Music on the Screen summer concert series features Mariposa's own, The Jespersons, on Saturday, August 15 at 7:00 P.M.

The Jespersons are one of Mariposa's favorite bands and had an instant musical connection since they first met. Now married for many years the husband and wife folk duo have a rare chemistry only family bands seem to access. They're music is lush with vocal harmonies and inspirational instrumentation. Kaye Jespersons (pictured above), originally from Australia, is the lead vocal and has a strong sultry voice reminiscent of Janis Joplin, but more on the jazzy side. Kaye is a multi-instrumentalist playing cello (mostly in a pizzicato style) and guitar. She grew up singing and playing guitar in Australia with her mother and sisters.

Jared Jespersons is also a multi-instrumentalist playing mandolin and guitar. Jared migrated to Mariposa from Orange County in southern California where he was heavily involved in the jam music scene where his bands open for many big name acts and were a staple on the So. Cal club circuit. Over the years Jared has honed his Mando and guitar skills and is one of the finest players in the Mariposa and Sierra Nevada music scene.

People viewing will be able to tip The Jespersons directly (and generously!) from a link in the stream. Artists and arts organizations, especially performing artists, have been hit particularly hard by the long closure. The Arts Council hopes Music on the Screen concerts offer the community an opportunity to both support the working musicians who have enriched Mariposa’s music scene for years, and to enjoy a live music experience from the comfort of their own home.

All previous concerts can be rewatched through the Arts Council’s website: www.mariposaartscouncil.org/music-on-the-green.

Mariposa History Museum and Sue Overstreet - thank you for your continued support! The Arts Council, is an incorporated not-for-profit organization, created to promote and support all forms of the cultural arts, for all ages, throughout Mariposa County and is supported in part by the County of Mariposa, the National Endowment for the Arts, a federal agency, and the California Arts Council, a state agency. 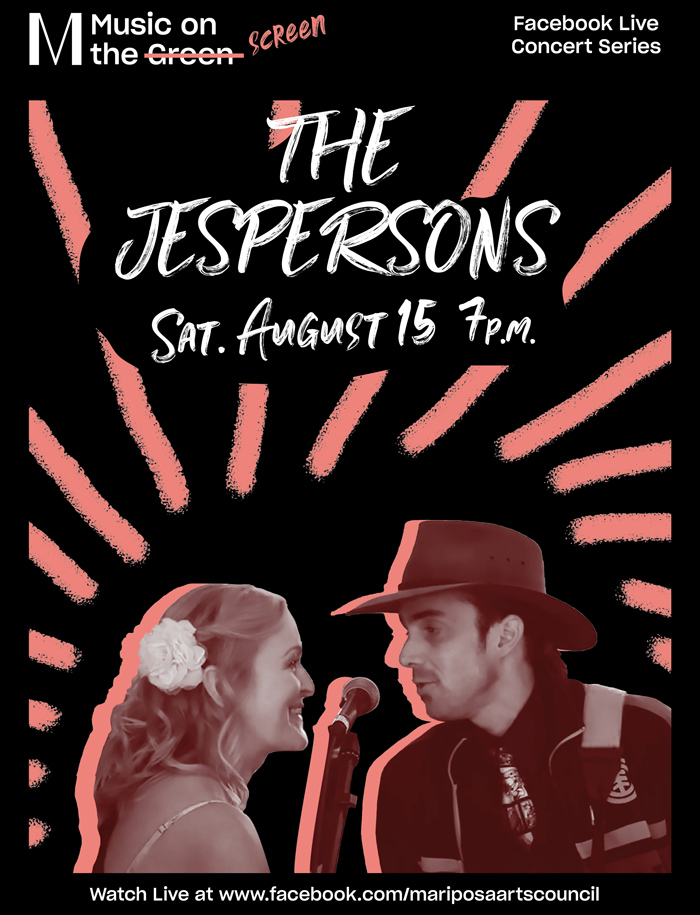