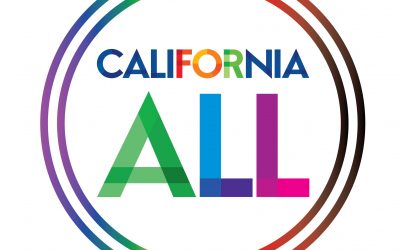 SB 132 requires CDCR to house transgender, gender-nonconforming and intersex people with a focus on health and safety.

September 27, 2020 - SACRAMENTO – Governor Gavin Newsom on Saturday signed legislation strengthening protections for LGBTQ+ Californians, including a measure to track the effects of COVID-19 on the community, a bill establishing the Transgender and Wellness Equity Fund and a bill requiring the California Department of Corrections and Rehabilitation (CDCR) to house transgender, gender-nonconforming and intersex (TGI) individuals in a manner that matches their gender identity while supporting health and safety.

“California has some of the strongest pro LGBTQ+ laws in the nation and with the bills signed today, our march toward equality takes an additional step forward,” said Governor Newsom. “These new laws will help us better understand the impacts of COVID-19 on the LGBTQ+ community, establish a new fund to support our transgender sisters and brothers and advance inclusive and culturally competent efforts that uphold the dignity of all Californians, regardless of who you are or who you love.”

Included in the pro-equality package of bills signed into law today is SB 932 by Senator Scott Wiener (D-San Francisco), which aligns with emergency regulations announced by the California Department of Public Health in July requiring better and more timely collection and reporting of communicable disease data from providers and laboratories on a patient’s gender identity and sexual orientation. This legislation will provide public health officials with more information on patients who identify as lesbian, gay, bisexual or transgender, which is essential to addressing health inequities and designing public health interventions that help California’s diverse communities.

The Governor also signed SB 132 by Senator Wiener requiring CDCR to house transgender, gender-nonconforming and intersex people according to their own sense of where they will be safest. This new law will require CDCR to record the individual’s self-reported gender identity, gender pronouns and honorifics throughout an inmate’s term.

“Thank you Governor Newsom for once again proving you are a champion for LGBTQ people,” said Senator Wiener, Chair of the California Legislative LGTBQ Caucus. “SB 132 is life-saving legislation that will protect trans people in prison, particularly trans women who are subject to high levels of assault and harassment in men’s facilities. And, SB 932 ensures our community will no longer be invisible, and that we will be counted by our public health system. Today is a great day for California’s LGBTQ community and yet another example of California’s deep commitment to LGBTQ equality.”

“This is a critical measure for our transgender community and I thank Governor Newsom for his steadfast leadership in signing AB 2218,” said Assemblymember Santiago. “California’s TGI community has long faced obstacles in receiving safe, non-discriminatory, comprehensive care, and COVID-19 has exacerbated these existing health care disparities. This bill will help create programs where TGI-identified people can receive safe, competent, and inclusive health care and other social services.”

Recognizing that too many Californians who are HIV+ experience heightened levels of discrimination by insurers, the Governor signed SB 1255 by Senator Lena Gonzalez (D-Long Beach) and the Senate Committee on Insurance to end the practice of insurance companies discriminating against individuals because of their HIV status.

The bills signed today build on the Governor’s signature of SB 145 by Senator Wiener, which prevents discrimination against LGBTQ+ people in sex crime convictions.

The Governor signed the following bills into law today: