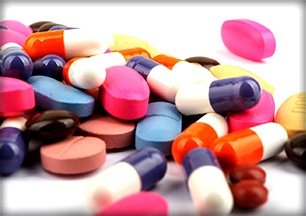 attempt to challenge Assembly Bill 824 (AB 824), the California law that tackles illegal, anticompetitive deals between pharmaceutical companies known as pay-for-delay agreements. These so-called “pay for delay agreements” happen when a brand name drug maker enters an agreement and pays money to a generic company to keep them off the market. This results in fewer choices for patients and higher costs. AAM, a group of generic drug manufacturers, is seeking another preliminary injunction in its second lawsuit challenging the legislation. In July, the U.S. Court of Appeals for the Ninth Circuit ruled in the Attorney General’s favor, rejecting AAM’s initial challenge of AB 824 and preliminary injunction request.

“Californians shouldn’t have to pay extra to pad the profits of pharmaceutical companies,” said Attorney General Becerra. “Our state’s anti-pay-for-delay law helps protect families from paying outrageous prices for life-saving medication. AAM already challenged this law before and lost in court. We believe we will be successful against them again.”

A copy of the brief is available here.
Source: CA. DOJ