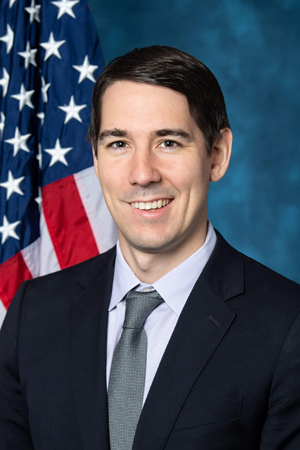 bipartisan vote through the “hotline” process. The bill will allow the families of fallen and critically injured servicemembers to end their phone, cable, or internet contracts without being financially penalized. Ohio Republican Brad Wenstrup joined Rep. Harder to introduce the bill in the House of Representatives. Texas Republican John Cornyn led the effort in the Senate. The bill will now be sent to the President’s desk to be signed into law.

“This is an important win for the families of our servicemembers – the last thing these folks want to have to worry about is negotiating contracts or changing service after a loved one dies,” said Rep. Harder. “Our military families deserve everything for their commitment to our country – this is a small but important step in making sure we have their backs.”

“America has a responsibility to take care of our veterans and their families. When tragedy strikes, spouse and families of catastrophically injured and fallen servicemembers should have the ability to terminate contracts without penalty – giving them the flexibility and freedom to relocate to meet their families’ needs,” said Congressman Wenstrup. “I’m glad to see the Senate has passed our commonsense bill, sending it to the President’s desk to be signed into law.”

The bill passed the House of Representatives in November of last year on another unanimous, bipartisan vote.

Following the death of a servicemember, families have many existing protections in place to guarantee they aren’t responsible for various issues. Last Congress, the House of Representatives passed legislation similar to Rep. Harder’s, but the Senate did not include it in a larger bill. The Protecting Families of Fallen Servicemembers Act, will resolve that issue and ensure families don’t have to struggle with additional problems following the death of a loved one.
Source: Congressman Josh Harder