April 17, 2021 – LOS ANGELES – California Department of Corrections and Rehabilitation (CDCR) officials are searching for Michael Rogers, who walked away from the Male 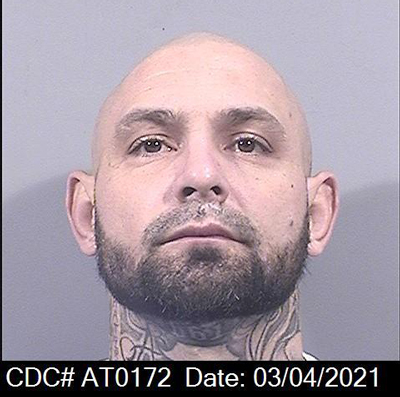 At approximately 1:25 a.m. it was determined that Rogers  had departed the MCRP without authorization and an emergency search was initiated. Within minutes, agents from CDCR’s Office of Correctional Safety were dispatched to locate and apprehend Rogers. Local law enforcement agencies were notified.

Rogers, 35, is 6 feet, 1 inches tall and weighs 256 pounds. He was admitted from Los Angeles County on December 31, 2020, with a five-year, eight-month sentence for vehicle theft as a second-striker. Rogers arrived at the MCRP on March 5, 2021. He was scheduled for release from CDCR custody in May 2022.

Anyone who sees Rogers or has any knowledge of his whereabouts should immediately contact law enforcement or call 911.

The MCRP allows eligible offenders committed to state prison to serve the end of their sentences in the reentry center and provides them the programs and tools necessary to transition from custody to the community. It is a voluntary program for male offenders who have approximately one year left to serve. The program connects offenders to a range of community-based rehabilitative services that assist with substance use disorders, mental health care, medical care, employment, education, housing, family reunification and social support.

Since 1977, 99 percent of all offenders who have left an adult institution, camp, or community-based program without permission have been apprehended.