NOAA Reports May Capped Off a Warm, Dry Spring and Ushered In 1st Tropical Storm of 2021 - Part of Gulf Coast Recovering from Last Summer’s Hurricanes Hit With Severe Flooding 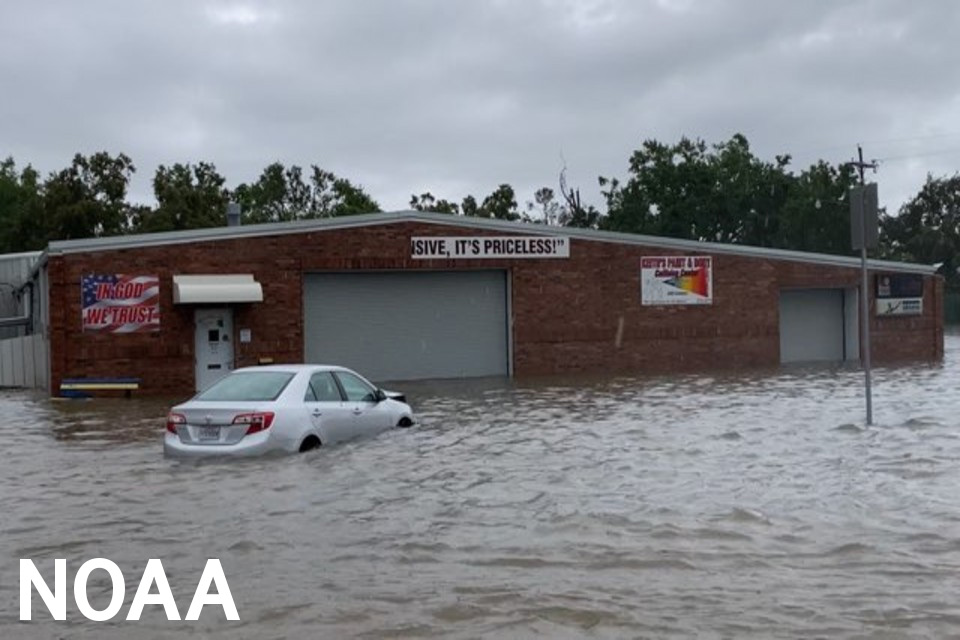 A flooded parking lot with a car partially submerged in high waters in front of a local business in Lake Charles, Louisiana, after slow-moving thunderstorms dropped more than a foot of rain on May 17, 2021. (NOAA NWS Forecast Office Lake Charles La.)
Download Image

June 9, 2021 - Despite a warm spring and year to date, May 2021 was just about average for both temperature and precipitation across the U.S., according to scientists from NOAA’s National Centers for Environmental Information.

But May also brought the first named Atlantic tropical storm of the hurricane season, Ana, near the end of the month.

Below are highlights from our May U.S. monthly climate report:

Climate by the numbers

The average May temperature across the contiguous U.S. was 60.4 degrees F (0.2 of a degree above the 20th-century average), which ranked  in the middle third of the 127-year record.

The average precipitation for May was 2.94 inches (0.03 of an inch above average), which ranked in the middle third of the record.

A soggy setup brought the fifth-wettest May to Louisiana and Texas. California had its fourth-driest May, while Florida and Utah saw their ninth driest.

Meteorological spring and the year to date (YTD)

The average temperature for the contiguous U.S. during meteorological spring (March through May) was 52.6 degrees F (1.7 degrees above the 20th-century average), which ranked in the warmest third of the record. With a precipitation total of 7.53 inches (0.41 of an inch below average), this spring placed in the driest third of the climate record and was the driest since 2006.

The average U.S. temperature for the year to date (January through May) was 44.6 degrees F (1.3 degrees above average) and ranked in the middle third of the record. The first five months of 2021 were also quite dry, with a precipitation total of 11.65 inches -- 0.74 of an inch below average -- making it the driest YTD since 2012. 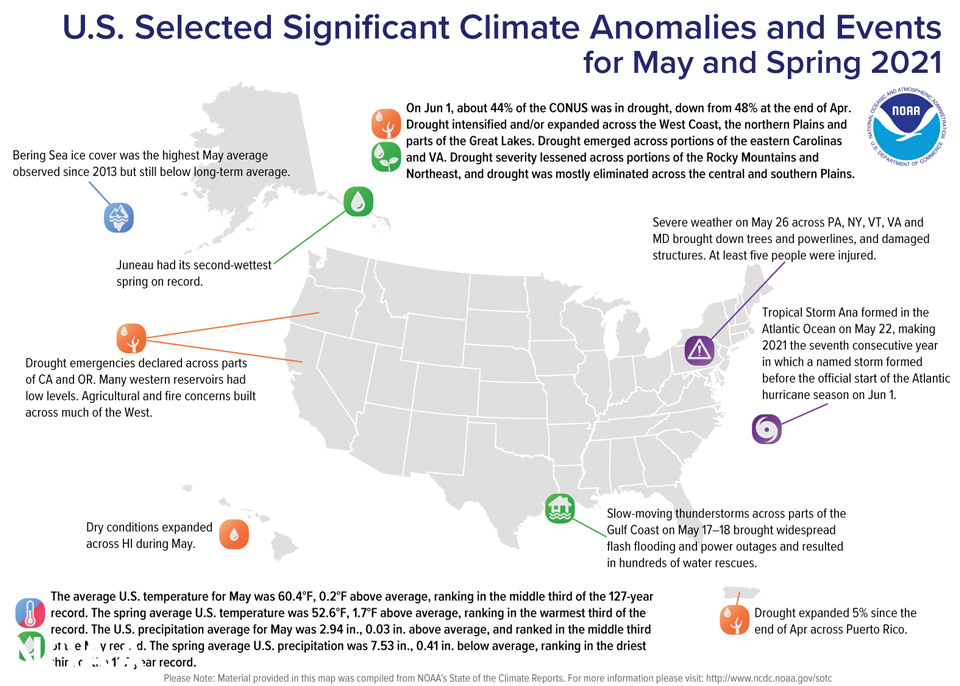 A map of the United States plotted with significant climate events that occurred during May 2021. Please see article text below as well as the full climate report highlights at http://bit.ly/USClimate202105. (NOAA NCEI)
Download Image

Other notable May climate highlights