UC ANR: Californians Will Pay More for Pork Under Prop. 12 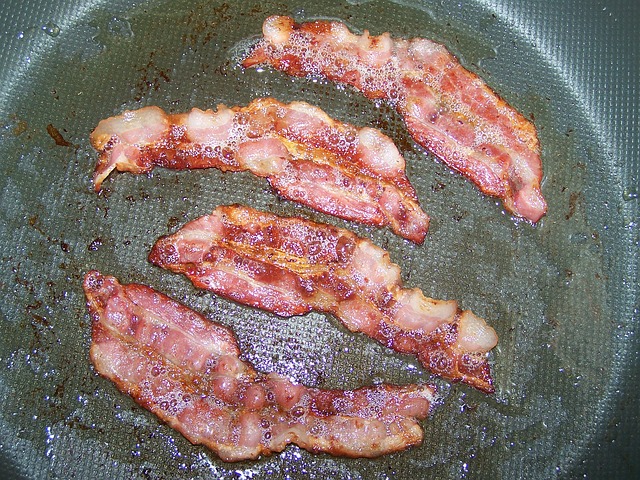 The Prop. 12 pork panic is overblown, say UC agricultural economists, but so are the new law's benefits to hogs

September 4, 2021 - By Ria DeBiase, Communications Director, Giannini Foundation of Agricultural Economics - California's Proposition 12 will soon require farms to add space for certain farm animals, including breeding pigs, or mother sows. As the January 2022 date for full implementation of Prop. 12 approaches, some pundits warn of upcoming bacon shortages and up to 60% higher pork prices, while others downplay any negative effects on Californians.

What are the real impacts of Prop. 12, which was approved by California voters in 2018?

UC Davis economists estimate that California pork consumers will lose $320 million per year (roughly $8 per person) from the market impacts of Prop. 12. California consumers will pay about 8% more for pork regulated under Prop. 12 and will consume around 6% less of that pork per year.

Co-author Richard Sexton, UC Davis distinguished professor of agricultural and resource economics, noted, “The roughly 9% of North American sows affected will each get about 20% more housing space. But, the additional space will be for those sows that already have more space, not those confined in small individual stalls.”

California's Prop. 12 is now set to be implemented as planned following the 9th Circuit Court's recent rejection of legal challenges. Republican senators from Iowa have proposed federal legislation to stop implementation of Prop. 12, fearing economic damage to their hog farmers, but federal action is unlikely. Meanwhile, Prop. 12 supporters claim that the new regulations will give more space to sows confined to stalls so small that they can't turn around.

Prop. 12 requires each sow whose piglets are raised for uncooked cuts of pork sold in California – about 9% of North American sows – to have a minimum of 24 square feet of space. Because Prop. 12 applies only to sows, not to their offspring who are raised for meat, it will apply to well less than 1% of the 90 million North American hogs.

Around 30% of North American sows are already in group housing with 20 square feet each, rather than confined in stalls. The high cost of converting stalls means that the California pork supply will come from sows already in group housing. “Thus,” said Sexton, “the California Prop. 12 regulations will not help those sows confined in stalls to gain more space and mobility.”

The added costs of 20% more space for group-housed sows that are transitioned to comply with Prop. 12 – plus the costs of segregation, product tracing and new labeling – will cause the cost of regulated pork products in California to rise by about $0.25 per pound. The UC Davis research also indicates almost no change in the prices of pork products sold outside of California.

To learn more about the coming impact of Prop. 12 on California consumers and the North American pork supply chain, read the full article by Ph.D. candidateHanbin Lee, Sexton and distinguished professor Daniel A. Sumner, all in the UC Davis Department of Agricultural and Resource Economics: “Voter-Approved Proposition to Raise California Pork Prices.” ARE Update 24(6): 5–8. UC Giannini Foundation of Agricultural Economics: https://giannini.ucop.edu/filer/file/1629132628/20134.