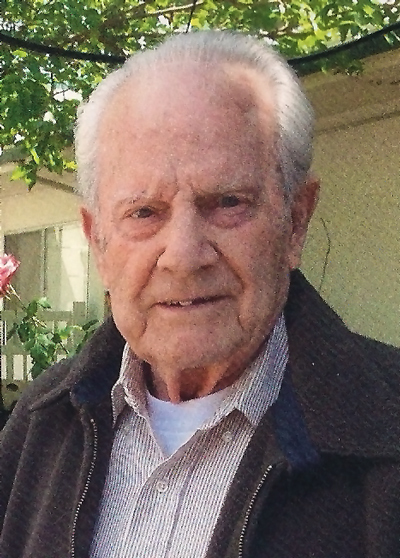 Manuel “Manny” Silva was born May 10, 1924 in Watts, California and passed away on November 21, 2014 in Mariposa, California after a lengthy disease.  He is survived by his wife of 58 years, Edith R. Silva.

Manuel P. Silva Jr. served in the US Army during World War II as a Squad Leader 45 in the battle at Luzon, Philippines.  He is a recipient of a Bronze Star, and two Purple Stars with oak leaf cluster, a Good Conduct Medal, a Philippine Liberation Ribbon with arrowhead and distinguished Unit Badge.  He told Edith that he always recited the ‘Memorare”, a Caltholic prayer to the Virgin Mary before every battle.  Although he was injured twice during his battles, he survived.   According to his wife, Edith, he did not claim any disability from the US Army because he said, “I did it for my country!”  He was Honorably discharged from the 169th Infantry Regiment in October, 1945.

After the army, Manuel was a Commercial Tuna Fisherman based out of California for several years.  He and Edith met while he was on a lay-over in Panama with the fishing fleet and was introduced to her by her brother.  They married in February 1956, and moved to Van Nuys, California where he owned and operated a trucking company, Silva Trucking.  In 1970, he and Edith moved to Mariposa, California where they built their own house on some acreage, where Edith still resides.  Manuel was a Mariposa School District bus driver for several years and received an award from the Mariposa Board of Supervisors upon his retirement.

Edith says of Manuel, that he had a ‘gentle giant’ type personality and truly loved nature and all of its creatures.  He taught his beloved wife to love nature and animals as he did.  He loved being outdoors working on their ‘ranch’ and tried to enjoy every day to the fullest.  He always had a smile on his face.   His kind, gentle manner was rooted in his deep faith and belief in God.

He was a member of the Mariposa VFW and American Legion.

Funeral date and arrangements are pending.  The funeral will be held at St. Joseph Catholic Church in Mariposa, California.  Announcements of pending visitation, rosary, and burial will be updated here when decided.

There will be a vigil and rosary on Wednesday, December 3 at 3:00 p.m.  Funeral services will be on Thursday, December 4 at 12:00 noon, followed by graveside and reception.