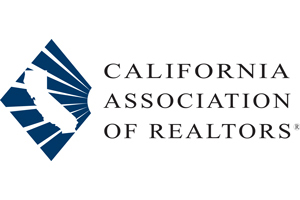 growth, according to a housing and economic forecast released on Thursday by the CALIFORNIA ASSOCIATION OF REALTORS® (C.A.R.).

“With interest rates expected to remain near three-year lows, buyers have more purchasing power than in years past, but they may be reluctant to get off the sidelines because of economic and market uncertainties,” said C.A.R. President Jared Martin. “Additionally, an affordability crunch will cut into demand in some regions such as the Bay Area, where affordability is significantly below state and national levels. These factors together will subdue sales growth next year.”

“California’s housing market will be challenged by changing migration patterns as buyers search for more affordable housing markets, particularly by first-time buyers, who are the hardest hit, moving out of state,” said C.A.R. Senior Vice President and Chief Economist Leslie Appleton-Young. “With California’s job and population growth rates tapering, the state’s affordability crisis is having a negative impact on the state economically as we lose the workers we need most such as service and construction workers, and teachers.”

In fact, according to C.A.R.’s 2019 State of the Housing Market Study, nearly a third (30 percent) of those sellers who planned on repurchasing said that they will buy their next home in another state outside of California — the highest level since 2005. Older generations were more likely to buy outside of California as 37 percent of baby boomers and silent generation planned on repurchasing in another state, but only 30 percent of Millennial sellers planned to do the same.

Leading the way ...® in real estate news and information for more than 110 years, the CALIFORNIA ASSOCIATION OF REALTORS® (www.car.org) is one of the largest state trade organizations in the United States, with more than 200,000 members dedicated to the advancement of professionalism in real estate. C.A.R. is headquartered in Los Angeles.
Source: C.A.R.