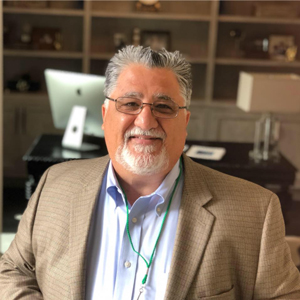 Governor Newsom, California would become the first state in the country to mandate that high schools and middle schools start later in the morning.  The bill is based on over three decades worth of research on teen health, sleep patterns and brain chemistry that occurs when school start times are aligned with the biology of teens. When the school day starts later, our children are healthier and perform better in school.

“I’m over the moon that California has recognized the importance of science and will now put our children’s health and welfare at the forefront of the decision-making process.   Generations of children will benefit from starting later in the morning as we know that test scores, attendance and graduation rates all improve after shifting to a later start time.  As a parent, I am also pleased that depression, sports injuries, suicidal thoughts and car accidents all decline as well.  This is truly a special day for kids,” commented Senator Portantino.

Beginning over three decades ago in Minneapolis, researchers began studying the brain chemistry of teens.  They found that teens require almost 10 hours of sleep per night to be healthy but receive far less in today’s complicated society.  By moving school start time later teens achieve more sleep and consequently are healthier and happier.  SB 328 was sponsored by the California PTA and Start School Later.  It has near unanimous support from the healthcare community and is based on recommendations of the American Academy of Pediatrics.

“We know this works, we know this doesn’t have to cost extra money and we know this helps kids.  We just had to get over the adult barriers and today, through Senator Portantino’s leadership, we were able to accomplish that goal.  The California legislature put our children’s health first and it will benefit them in many ways,” added Joy Wake, Start School Later.

Last year, Senator Portantino sent a similar bill to Governor Brown.  Unfortunately, the Governor vetoed the bill.  The coalition behind SB 328 is significant with representatives of law enforcement joining the PTA and the broad medical research community in support for the bill.  SB 328 has a built-in three-year delay to give school districts ample time to shift their start time.  Data shows that costs typically do not go up in relation to the time shift, but attendance does.  This will bring additional ADA dollars to California schools so the bill is a win for both the students and the schools.

"Senator Portantino has worked closely with the California PTA to put student health first in the conversation.  We are grateful for his dedication to the late school start initiative and for the opportunity to partner with him on this effort.    When teens get enough sleep, they are safer, healthier and do better in school.   The California State PTA is proud to co-sponsor this bill and looks forward to helping implement this historic initiative across our state," added Carol Kocivar, California State PTA.