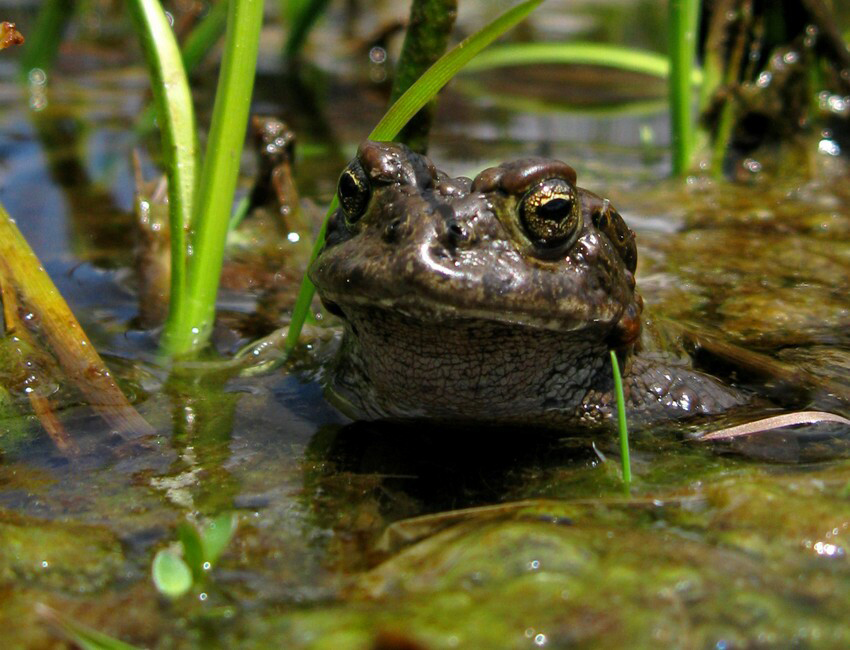 December 15, 2017 - WASHINGTON— Three conservation groups today intervened on the side of the U.S. Fish and Wildlife Service in a lawsuit challenging the designation of protected critical habitat for the Sierra Nevada yellow-legged frog, the northern population of the mountain yellow-legged frog and the Yosemite toad in California’s Sierra Nevada mountains.

The lawsuit challenging the habitat protections was filed by the Pacific Legal Foundation, an extreme private-property-rights group, on behalf of the California Cattlemen’s Association and others.

“We’re joining this fight to stop Pacific Legal Foundation and the Trump administration from robbing these precious amphibians of protections they desperately need,” said Jenny Loda, a biologist and attorney with the Center for Biological Diversity working to protect rare amphibians and reptiles. “These frogs and the Yosemite toad have disappeared from most of the Sierra lakes and streams where they once lived. Protecting some of their most important habitat gives them a fighting chance at recovery.”

The rule that was challenged designates approximately 1.8 million acres of critical habitat across 16 counties in the Sierra Nevada Mountains that the Fish and Wildlife Service determined were essential to the conservation and recovery of these three imperiled amphibians. The overwhelming majority of the critical habitat is on federal public lands. Studies show that species with critical habitat are twice as likely to be recovering as those without it.

Sierra Nevada and mountain yellow-legged frogs have declined by about 90 percent throughout the mountain range due to habitat destruction and degradation, disease, predation by nonnative trout, pesticides and climate change. More than half of the Yosemite toad’s populations are now gone, including in Yosemite National Park, where they were first discovered and given their name. Yosemite toads are threatened primarily by livestock grazing, climate change and pesticides.

“Damage from livestock grazing in fragile, high-elevation habitat is a major reason these amphibians are imperiled to begin with,” said Paul Ruprecht, an attorney at Western Watersheds Project. “It's critical to defend against the livestock industry's direct attack on their habitat.”

The groups intervening in the lawsuit include the Center for Biological Diversity, Central Sierra Environmental Resource Center and Western Watersheds Project.

For more information about the Center’s campaign to stop the amphibian and reptile extinction crisis, please visit http://BiologicalDiversity.org/herps.