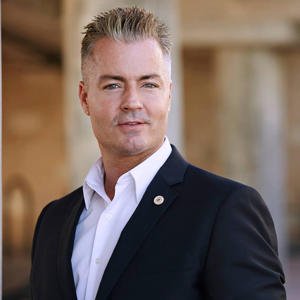 “I am honored to receive the support of Mariposa County Republican Central Committee,” said Travis Allen. “The men and women of the Mariposa Republican party are dedicated to fighting for the people of California and common sense conservative values,” said Allen.

“Republicans need a candidate at the top of the ticket that will fight for us.  We cannot nominate another candidate for Governor that is embarrassed to be associated with the Republican brand and values,” said Mariposa GOP Chairman Rich Westfall. “Travis Allen has a strong record of standing for hard working Californians. He led the fight to repeal the gas tax and he is  one of the loudest voices in Sacramento against the Democrats’ soft on crime policies,” finished Westfield.

Travis Allen, the proven conservative in the California Governor's race, has  a five point plan for California: 1) Cut taxes for all Californians; 2) Get tough on crime to protect California’s families, not criminals; 3) Fix our roads and reduce traffic by spending our existing tax revenue for high quality roads, not high speed rail; 4) Once again provide the best education in America by giving our children safe schools and charter schools; and 5) Complete the State Water Project to provide water storage that will preserve the Delta and supply water to California’s farms, suburbs, and cities.
Source: Travis Allen