April 11, 2018 - By Ching Lee - Caught in an ongoing trade dispute between the United States and China, California farmers and agricultural exporters say they continue to assess the full impact of new tariffs on their products. 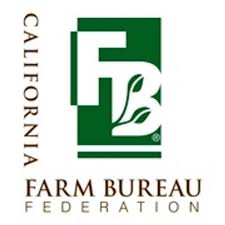 The Chinese government implemented new tariffs last week on 128 U.S. products worth $3 billion, including nuts, fruit and wine, in retaliation for a U.S. increase in tariffs on steel and aluminum imports, which took effect in March.

Since then, the two sides have vowed to hit back with countermeasures, with China unveiling plans to impose a 25 percent duty on 106 additional U.S. imports, including agricultural products such as soybeans, corn, cotton, sorghum, beef, tobacco and orange juice. Those are set to take effect in June.

Jim Zion, managing partner of Meridian Growers in Fresno County, said he was awaiting word on what to do with containers of pistachios that were already in transit to China when the additional 15 percent tariff went into effect. The company also ships almonds, walnuts and pecans.

"We've told customers that we'll work with them," he said. "But working with them means that we're either going to have to renegotiate—because these costs obviously weren't a factor when we made the original contract—or divert to another country. Worst-case scenario is we bring it back to the United States if they say, 'We can't afford to buy this product with these additional duties in place.'"

Though his customers prefer to buy American pistachios, he said, some of them have already indicated they are looking elsewhere as a source for nuts, including from Iran.

"We spend a lot of time, energy and money to build that market," he said. "With this (new) duty, I'm afraid we're going to lose part of that market share to competitors."

Zion said his company will now "double up" its marketing efforts in the U.S., Southeast Asia and Europe, but noted that "buyers around the world see what's going on" and know that if China is not buying as much, it means the U.S. has more supply and will want a lower price.

Wine broker Joe Bica, who heads U.S. Wine Exports in Ohio, said the new tariffs are "spooking a lot our clients," who have put holds on their orders. Nearly all of the company's business is in California wines, with two-thirds going to China. A number of his customers, he noted, have asked him to adjust prices to compensate for the additional 15 percent tariff.

The effect of the new tariff, he said, could make California wines scarcer in China and therefore more alluring and desirable. On the other hand, that market could dry up, he said, as it'll be more difficult for California to compete with lower-priced wines from Australia, Chile and Italy.

What remains unclear, he said, is how China is handling exports going to Hong Kong, which has been a tax-free zone. He noted that oftentimes, products are shipped into free-trade zones around China and duties are not assessed until the products are purchased and cleared through customs.

Dan Sumner, director of the University of California Agricultural Issues Center, said much of the state's fruit and nut exports destined for China have long been shipped through Hong Kong. Unless China clamps down on Hong Kong imports, California agricultural products may still end up being consumed in China, he added.

"If new tariffs apply to exports (going) directly to China and not those going through Hong Kong, we expect the share shipped directly to mainland China ports to decline," Sumner said. "That could mitigate some of the impacts of new trade barriers."

Steve Shamgochian, who markets walnuts for Mid Valley Nut in Stanislaus County, said China has not been a very big market for his company, especially now that Chinese walnut production has grown.

Last year, the U.S. was Mid Valley Nut's best market, Shamgochian said, while India and the Middle East gave the best returns for in-shell walnuts early in the season. With the new tariff, he said he'll probably focus more on those markets, though market opportunities change every year. China remains an important market for California, he said, and without it, "it's going to put more pressure on us down the road, especially if these crops get larger."

Though his export season for citrus fruit ended in March and he doesn't begin shipping table grapes until July, Chuck Olsen, founder and president of The Chuck Olsen Co. in Tulare County, said he plans to develop more domestic markets and more business in Canada in the face of the new tariffs. His hope, he said, is for the U.S.-China trade conflicts to be resolved before table-grape season starts.

"Whenever you try to put more product onto the domestic market, it depresses that market," he said.

With stone fruits such as plums, Marcy Martin, director of trade for the California Fresh Fruit Association, said shipments to China currently represent about 8 percent of total volume, with a value of more than $20 million. With the additional 15 percent duty on top of the existing 10 percent, she said she expects exports to China will drop in half.

During trade conflicts involving tariffs, she said perishable agricultural products tend to be likely targets "because the pain is immediate," as those products can't be stored.

Though other stone fruits are on China's retaliatory tariff list, Martin noted only plums currently have market access. She said the association had been working on access for peaches and nectarines for more than 15 years and was hoping China would grant access this year, but with current trade tensions, there's concern it won't happen.

"Agricultural trade creates jobs and opportunities throughout our state," Johansson said. "It's not just farmers and rural businesses that will suffer if farm exports diminish. Farm goods are key exports from the ports of Oakland, Los Angeles, Long Beach and others. Many people in our urban centers work in marketing and export jobs tied to agriculture. This situation will affect urban and rural Californians alike."

(Ching Lee is an assistant editor of Ag Alert. She may be contacted at clee@cfbf.com.)
Reprinted with permission: California Farm Bureau Federation