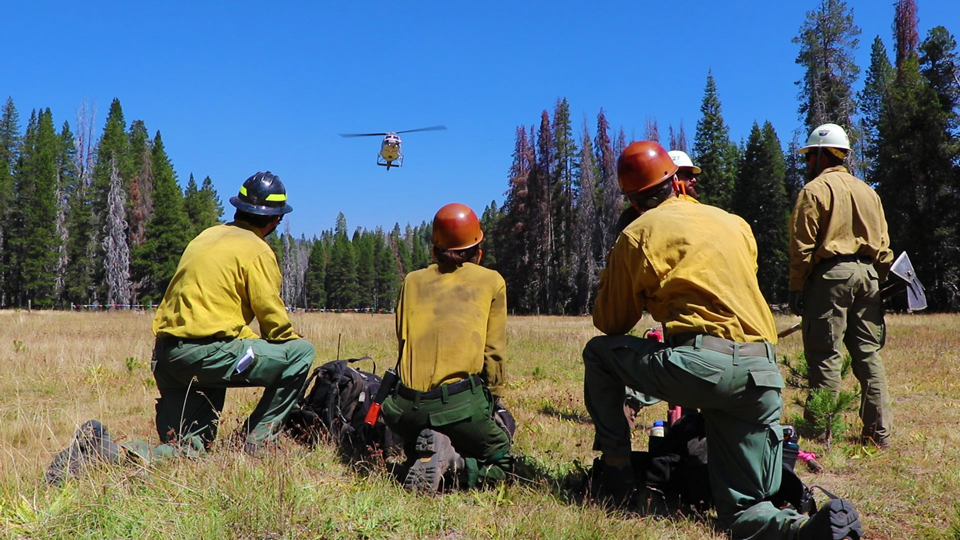 August 27, 2018 - The 2010-2017 drought and bark beetle infestations have killed over 129 million trees in California. Millions more drought-stressed trees are expected to die in the coming years. The scale of the die-off is unprecedented in California's recorded history. A mjority of these dead trees are located in the central and southern Sierra Nevada. This situation presents two significant problems for firefighters.

The first is that this situation significantly effects the ability of firefighters to stop fires. These dead trees are fuel for the fire and we are seeing unprecedented fire behavior as a result. Standing dead trees are available fuel and we are seeing a more rapid transition from a surface to crown fire with more frequent spotting. As a result there is a high potential for rapid rates of spread when fuels slope, and wind come into alignment. Downed logs create significant hazards as they burn out on steep slopes, break apart, and become large rolling debris that cause the fire to spread.

The other significant problem for firefighters is in regards to safety. Limbs, tops, and whole trees or groups of trees are susceptible to wind, rotor-wash, retardant and bucket drops, and vibration from equipment or saws, and may break or fall at any time. Trees or limbs , even when green, may fall without any warning and they can knock over other trees, creating a domino effect. Standing dead trees have been observed recently to burn out rapidly and fall. When logs on slopes burn out and break apart and roll downhill they not only can spread the fire but can hit firefighters. As a result firefighters have to be extra cautions in areas of high mortality. More hazardous conditions result in it taking longer to control fires. 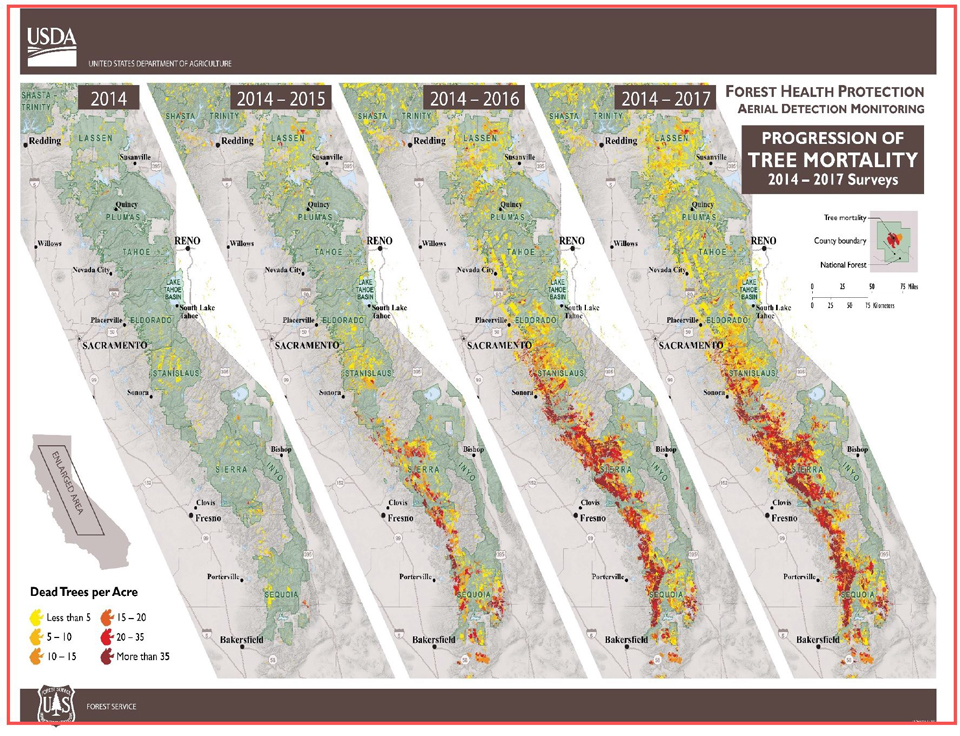 This series of maps shows the spread of the tree mortality problem in the Sierra over time.
Source: Sierra National Forest