The Safeguard American Food Exports (SAFE) Act would permanently ban horse slaughter in the U.S. and end the export of horses for slaughter abroad

January 31, 2019 - WASHINGTON, D.C. — Federal lawmakers introduced legislation on Wednesday to permanently ban the slaughter of horses for human consumption in the United 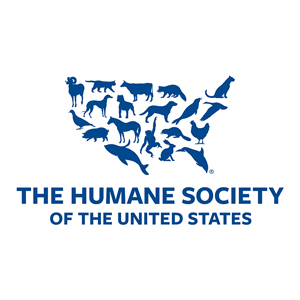 States and end the current export of American horses for slaughter abroad. Introduced by Reps. Jan Schakowsky (D-Ill.) and Vern Buchanan (R-Fla.), the Safeguard American Food Exports (SAFE) Act, is supported by leading animal welfare groups, including the ASPCA®(The American Society for the Prevention of Cruelty to Animals®), the Animal Welfare Institute (AWI), The Humane Society of the United States, The Humane Society Legislative Fund, and Return to Freedom Wild Horse Conservation.

In recent years, the number of American horses shipped to Canada and Mexico to be slaughtered for human consumption in foreign countries has dropped, making this an opportune time for Congress to close this legal loophole that causes so much suffering. These horses are not raised for food but are separated from the general population at auctions, often after a kill buyer outbids legitimate horse owners. Such horses often endure grueling journeys to slaughter plants, packed into large trailers in unfamiliar herds. Due to these fearful, stressful conditions they will bite and kick severely, injuring or even trampling each other en route. Once at the slaughterhouse, horses are herded into a “kill box” where they are shot in the head with a captive bolt gun in a careless attempt to stun them before slaughter – a process that can be imprecise due to the biology and fight or flight nature of equines. As a result, some horses endure repeated excruciating blows or remain conscious during the kill process.

“Horses have a special place in our nation’s history, and these majestic creatures were not raised as food for humans,” Schakowsky said. “The SAFE Act would prohibit any horse slaughter plant from opening; and also end the sale or transport of horses and horse parts in the U.S. and abroad for the purpose of human consumption. I am proud to reintroduce this bill and work with Congressman Buchanan to put an end to this practice.”

“The slaughter of horses for human consumption is a barbaric practice that has no place in America,” Buchanan said. “I will continue to lead the effort with Congresswoman Schakowsky to ban domestic horse slaughter and end the export of horses abroad for slaughter.”

“The ASPCA and our partners are heartened to see a massive increase in innovative programs to prevent at-risk horses from falling prey to the slaughter industry,” said Nancy Perry, senior vice president of ASPCA Government Relations. “But without the law as a backstop, horses will continue to suffer this fate regardless of how many we help. The vast majority of Americans oppose the brutal practice of horse slaughter, and we are grateful to Representatives Schakowsky and Buchanan for their steadfast commitment to ending this greed-driven cruelty to our horses.”

“Congresswoman Schakowsky and Congressman Buchanan are both tremendous champions for animal welfare,” said Cathy Liss, president of the Animal Welfare Institute. “Americans across the political spectrum want to see these noble animals protected from needless, gruesome and inhumane deaths. The SAFE Act would put a stop to the predatory and unsafe horse slaughter industry that butchers these animals for food.”

The SAFE Act would also protect consumers from dangerous American horse meat, which can be toxic to humans due to the unregulated administration of drugs to horses. Horses are not raised for food, and they are routinely given hundreds of drugs and chemical treatments over their lifetimes that are potentially toxic to humans if consumed. The U.S. Food and Drug Administration prohibits many of these drugs for use in animals intended for human consumption. Even products applied regularly, such as fly spray and de-wormers, contain toxic ingredients.

Sara Amundson, Humane Society Legislative Fund (HSLF) president, said: “It is time to ban the slaughter of American horses for human consumption which will take horses off of dinner plates in foreign countries. Horses are iconic species in the lexicon of American history and treated as companion animals here. We commend Representatives Schakowsky and Buchanan for their leadership in introducing the SAFE Act, which not only protects horses from the inhumane practices of slaughter, but also protects unsuspecting consumers from horse meat tainted with dangerous drugs that are not fit for human consumption.”

"That more than 80,000 American horses – including an unknown number who once roamed freely on our public lands – are shipped to their deaths in foreign slaughterhouses each year is an unnecessary betrayal of the animals that helped us build our country and continue to serve humanity,” said Neda DeMayo, president of Return to Freedom Wild Horse Conservation. “RTF applauds Representatives Schakowsky and Buchanan for recognizing the public’s overwhelming opposition to horse slaughter and continuing this bipartisan fight for the good of America’s horses and for human health.”

The ASPCA, AWI, The HSUS, HSLF, and RTF encourage the public to contact their U.S. representatives and urge them to cosponsor the SAFE Act, and to do all they can to secure its swift passage, in order to protect America’s horses and overall consumer health from horse slaughter.
Source: HSLF