Friday Through Saturday's Projected Rainfall Totals for Mariposa, Oakhurst up to 0.50" and Yosemite Valley up to 1.00" 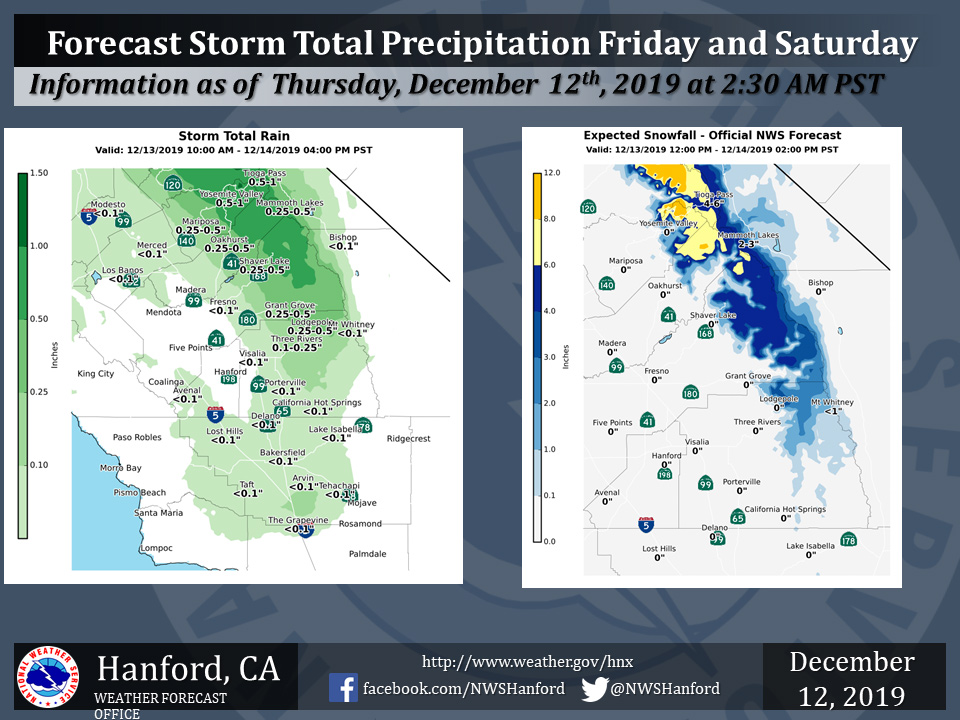