U.S. and Iran Must Walk Away from Binding Rhetoric to De-Escalate Conflict, Stanford Scholar Says 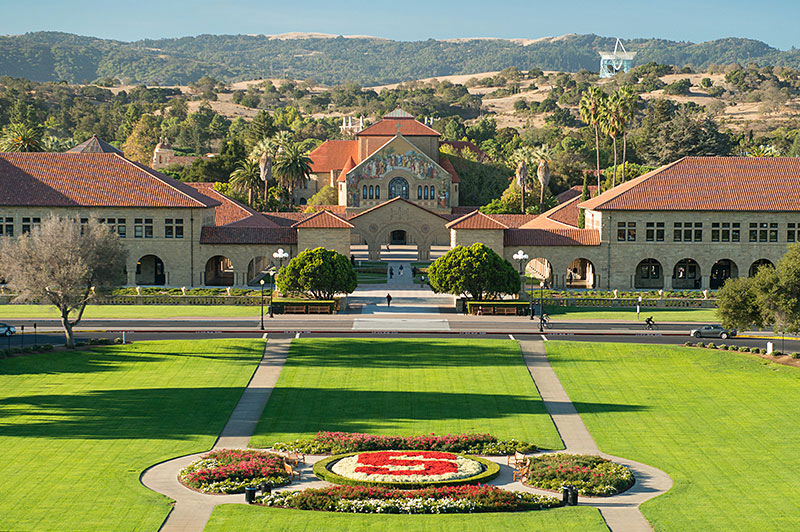 Stanford scholars warn that instability in Iraq and Arab Gulf states would be the result of continuing conflicts between the United States and Iran.

January 12, 2020 - By Melissa De Witte - For hostilities between the United States and Iran to de-escalate, both sides must move away from the rhetoric they have used that binds them to escalatory action, says Stanford scholar Abbas Milani.

Milani is the Hamid & Christina Moghadam Director of Iranian Studies. His expertise is U.S.-Iran relations, as well as Iranian cultural, political and security issues. He is co-editor of Politics & Culture in Contemporary Iran: Challenging the Status Quo (2015).

Blaydes is a professor of political science and directs the Abbasi Program in Islamic Studies. She is the author of Elections and Distributive Politics in Mubarak’s Egypt (2011) and State of Repression: Iraq under Saddam Hussein (2018).

Blaydes and Milani will discuss these topics at a panel discussion at Stanford on Friday, Jan. 10, from 1 to 2:30 p.m. Colin Kahl, co-director of the Center for International Security and Cooperation, and Brett McGurk, former special presidential envoy for the global coalition to defeat ISIS at the U.S. State Department, will also speak. Director of the Freeman Spogli Institute Michael McFaul, former U.S. ambassador to Russia, will moderate. Registration and more information can be found here. A livestream of the event can be found here.

What might be overlooked or misunderstood about the current relationship between the United States and Iran?

Milani: The history of amity between Iran and the United States began in the mid-18th century. The controversial role of the United States in the overthrow of [Mohammad] Mossadeq in 1953 – a popular prime minister who had nationalized Iran’s oil – made the relationship more fraught. From 1953, the United States was a close ally of Iran. All of that changed when the new Iranian regime took American diplomats hostage in November 1979.

As tensions between the United States and Iran escalate further, how will other countries in the region be affected?

Blaydes: Increasing tension between the United States and Iran has important implications for both Iraq, as well as for the Arab Gulf states.

Major anti-corruption and economic protests have been taking place in Iraq since 2018. In October 2019, Iraqi activists escalated demonstrations, drawing attention to the misuse of state oil revenues, a lack of political accountability and concern about excessive Iranian influence in Iraq. The domestic popular movement critical of Iraq’s Shi’a-dominated leadership now takes a backseat to concerns about U.S. encroachments of Iraqi sovereignty.

Arab Gulf states, like the United Arab Emirates, Qatar and Kuwait, have a relatively large economic and strategic importance compared to their small geographic size and population. But regional instability threatens hard-won gains in prestige and economic influence forged over the last two decades. Iranian threats against Dubai, for example, have the potential to impact millions of people living in that city, which serves as a major trade and air travel hub for Western Asia.

What should people know about Iraq’s relationship with the United States and Iran?

Milani: Since the fall of Saddam, Iran has expanded its influence in Iraq. They include multiple proxies – including the group that attacked the U.S. embassy – politicians close to the Iranian regime and a vast network of economic interests. In recent months, Iraqi nationalist sentiments had become increasingly critical of Iran. With the assassination of Soleimani on Friday, the winds changed. Now the Iraqi parliament has a non-binding resolution asking U.S. forces to leave Iraq.

What do the recent events mean for the U.S.-Iran relations?

Milani: During the frenzied funeral for Soleimani, where hundreds of thousands of Iranians took to the streets, there were chants of revenge. The Supreme Leader Ali Khamenei not only directed the chorus but joined it. When Iran sent multiple missiles against Iraqi bases that house U.S. forces, Iran and the United States came close to an all-out war. Fortunately, there was no loss of American lives. Iran had carefully chosen its targets and selected the kinds of missiles to avoid major damage. They symbolically took revenge, but essentially began to de-escalate. In his address on Wednesday, President Trump, too much to the relief of the international community, accepted de-escalation – at least for now.

What needs to happen in the short-term to continue de-escalating conflict? What about long-term?

Milani: In the short term, both sides have to find a way to walk away from the rhetoric they have used that binds them to escalatory action. In the long run, we need a more democratic government in Iran that recognizes the United States as not a Great Satan but as an ally.
Source: Stanford