January 13, 2020 - The Mariposa County Sheriff's Office has released their statistics for 2019.

Despite a number of challenges over the past decade, the Sheriff's Office continues to make progress in the fight against crime in Mariposa.

The most dramatic reductions in reported crimes over the last decade include a 35% drop in assaults, a 46% decline in domestic violence, a 47% reduction in burglaries and a 60% reduction in theft.

Many other categories show smaller reductions or are consistently low.

The largest increase came in reported animal control issues, which saw 270 more calls in 2019 than 2009. 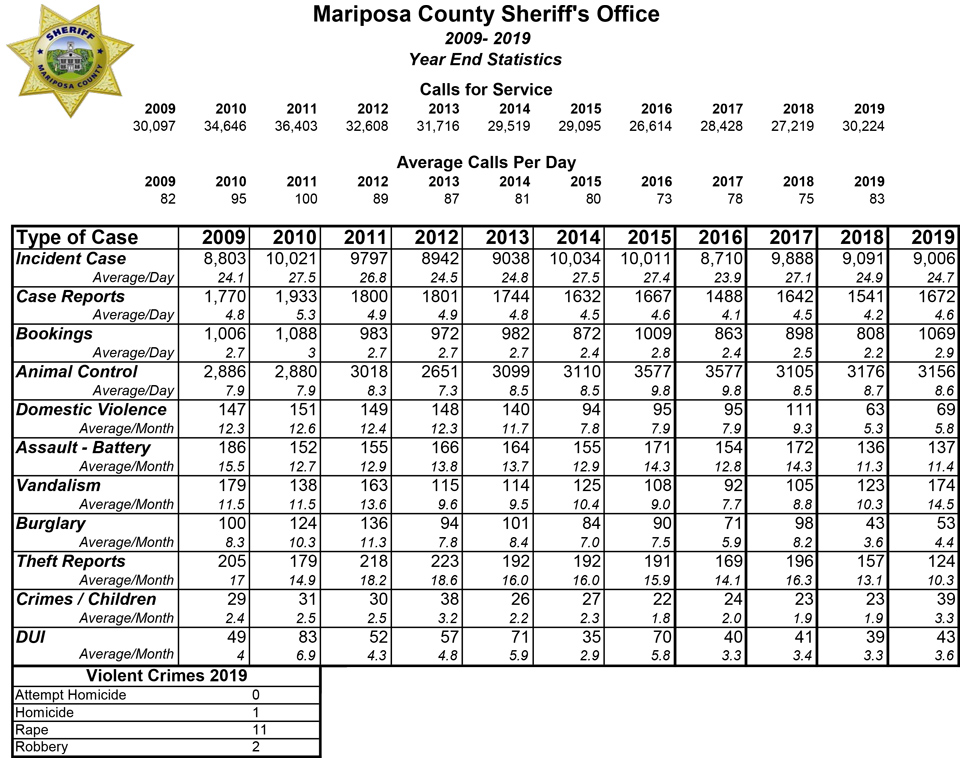 Related: Mariposa County Sheriff’s Office 2018 Year End Statistic Report Shows Domestic Violence Cases Down Over 40% from 2017 and the Lowest in Over Ten Years