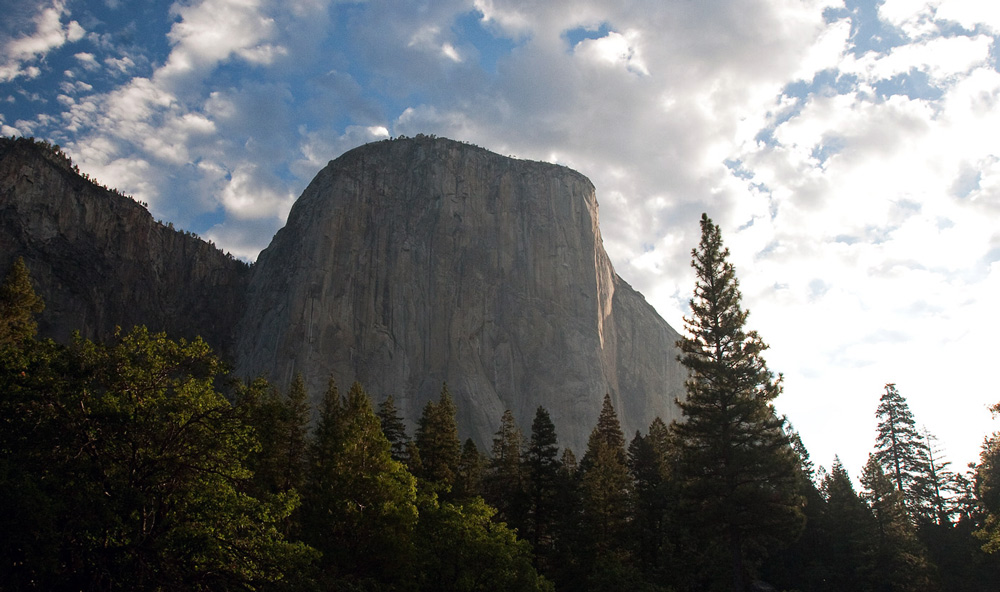 January 13, 2020 - 2019 proved to be a relatively benign year for rockfalls in Yosemite. Despite anxiety about elevated rockfall and debris flow potential in the Ferguson Fire burn scar, abundant snow and generally low-intensity rainfall limited the activity to a few small slides, mostly on the Wawona Road. Sixty-four events (including rockfalls, rockslides, and debris flows) were documented in 2019, with a cumulative volume of about 2,630 cubic meters (7,830 tons).

The largest and most consequential rockfall of 2019 occurred on February 4 at 9:20 am, just after heavy snowfall. Two blocks totaling about 420 cubic meters (1,250 tons) fell in quick succession from midway up the north face of Sentinel Rock, sliding over a ledge and pummeling the base of the cliff. Boulders tumbled across the Four Mile Trail, damaging the power line below and causing a prolonged power outage at Glacier Point.

The second largest rockfall of 2019 occurred from the Panorama Cliff near Happy Isles at 7:15 pm on September 22, when about 300 cubic meters (810 tons) of rock fell from low on the cliff. The rockfall created a dust cloud but did not affect any infrastructure.

The most consequential rockfall for me personally occurred on December 5. On that day, a friend and I were conducting field work at the base of the southeast face of El Capitan, near the start of the route “Zodiac”. The wall is overhanging there. At 12:48 pm we heard a scraping sound high above us, followed by the sound of a large object rushing through the air. As this sound increased to deafening levels, we ran to the wall and crouched behind a boulder just as a 15 cubic meter (45 ton) rock exploded near us, pelting us with small rock fragments. A golf ball-sized fragment struck my helmet, but we emerged from the dust unscathed. This event reminded me that situational awareness – being vigilant and having a plan for where to shelter in case of rockfall – is essential in rockfall-prone areas. Helmets also help!

Other substantial rockfalls in 2019 occurred in the Merced River Gorge, Glacier Point, Indian Canyon, and the Camp 4 Wall.

It is very likely that there were additional rockfalls and rockslides in 2019, but these events either were not witnessed or went unreported. If you witness a rockfall of any size, encounter fresh rock debris, or hear cracking or popping sounds emanating from the cliffs, please contact park geologist Greg Stock at 209-379-1420 or by email at greg_stock@nps.gov, or contact Park Dispatch by dialing 911 within the park. Documented rockfalls are added to the park database (http://pubs.usgs.gov/ds/746/), enabling long-term evaluation of rockfalls to improve public safety.
Source: G. Stock/NPS