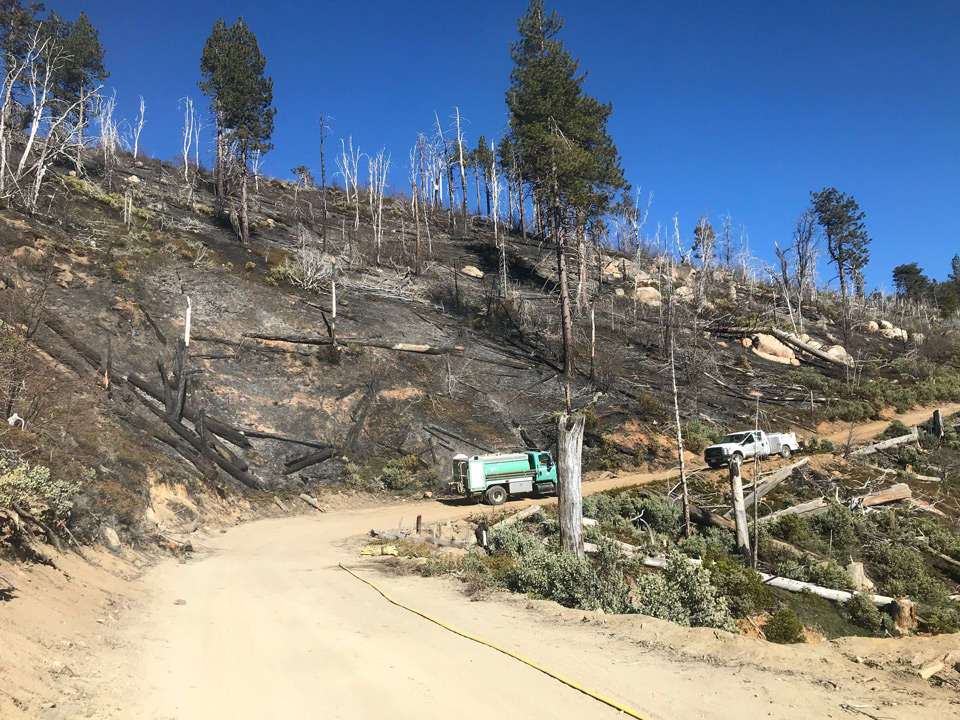 February 11, 2020 - Clovis, CA. – On Monday, Sierra National Forest (SNF) fire officials declared 90% containment on the Round Fire which has consumed 24 acres. The Round Fire started on Thursday, February 06, 2020 when a pile burning project for land reclamation on the Ferguson Fire escaped its boundary within the Bass Lake Ranger District.

The fire is located north of the 5S25 road and 5S03 junction east of Roundtree Saddle and west of Crow Peak. Fire personnel from the Sierra & Sequoia National Forest’s, and Cal-Fire Madera, Mariposa, Merced Unit and Mariposa County have been working in a coordinated effort to fully suppress the fire. A total of 52 fire personnel remain on the scene, with the release of resources expected to begin over the course of the next few days.

The fire’s forward progress has been stopped, with minimal active burning. Crews are now engaged in mop-up operations as they continue to extinguish smoldering downed logs and snags in the burn interior while strengthening containment lines.

Steep terrain and heavy fuel loads created by recent tree mortality, and fire killed vegetation from the Oliver Fire in 2008, created some hazardous conditions for the fire fighters. Localized smoke impacts will still be felt in Ponderosa Basin, Bootjack, Oakhurst, Fish Camp, Sugar Pine and Awahnee, though these smoke impacts will lessen as the fire is fully contained. For regional information about air quality, smoke conditions, and health effects, visit www.valleyair.org or visit www.airnow.gov.

Please be cautious when travelling in the Jerseydale, and Ponderosa Basin area off the Chowchilla Mtn road. Residents and visitors to the area can expect to encounter fire crews moving to and from the fire area during the next few days.

The next update on the Round Fire will be when fire officials declare the fire to be 100% contained.
Source: Sierra National Forest

Related: Sierra National Forest is Working to Contain the Round Wildfire on the Bass Lake Ranger District in Mariposa County