KFF Poll: Nearly 10 Years after Its Enactment, the Affordable Care Act is More Popular Than Ever as Republican Voters Instead Target Medicare-for-All 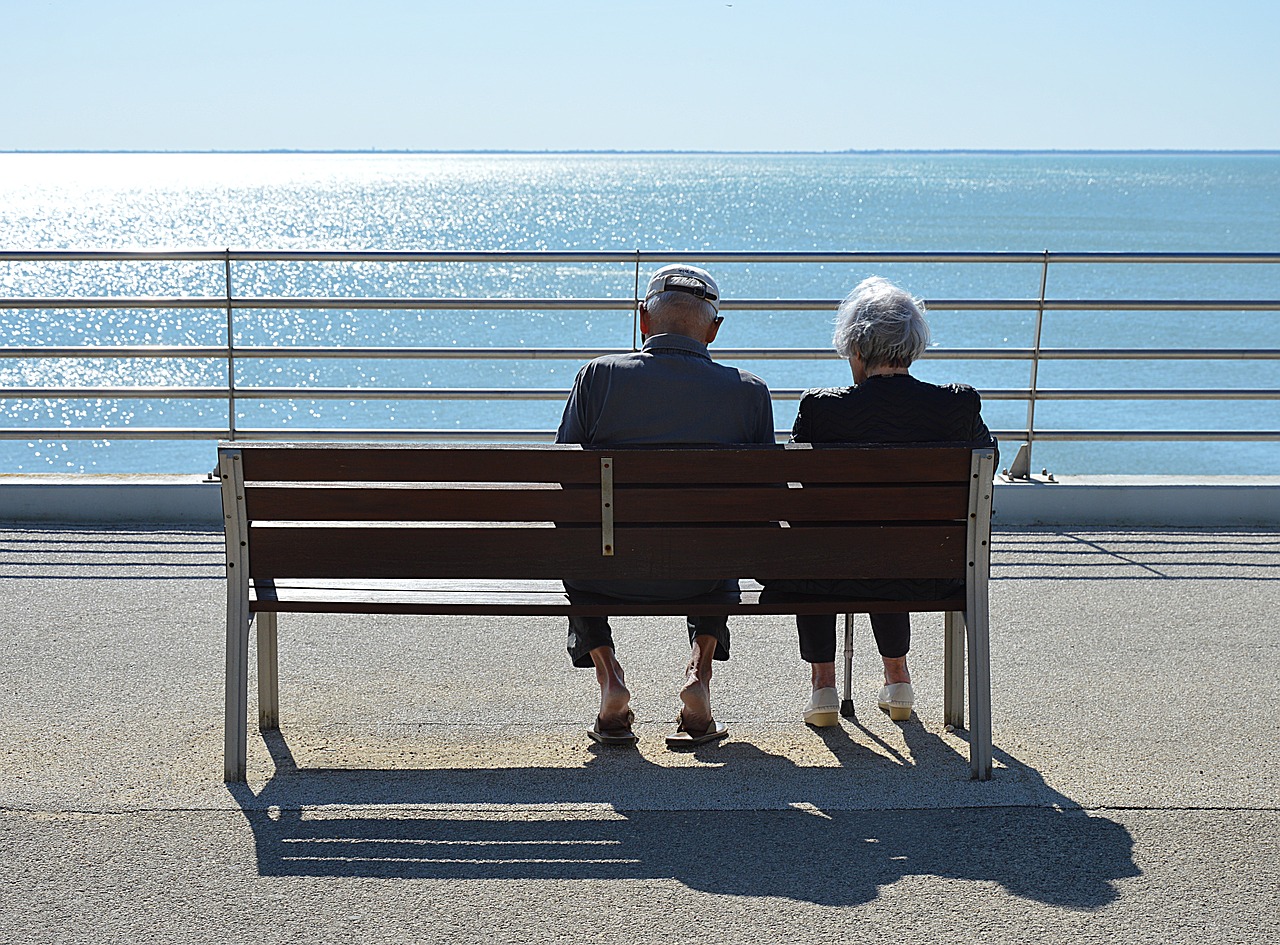 Image by lecreusois from Pixabay

Health Care is a Top Issue for Swing Voters, Who Prefer a Public Option to Medicare-for-all


February 25, 2020 - With the Supreme Court last week considering whether to take up a case that seeks to overturn the entire Affordable Care Act, the latest KFF tracking poll finds that a clear majority (55%) of the public now views the law favorably – its highest rating in more than 100 KFF polls since it became law nearly 10 years ago. In comparison, slightly more than a third (37%) hold unfavorable views.

While most Republicans (77%) still hold unfavorable views towards the ACA, the poll suggests that Republican voters have largely moved on from efforts to repeal the Affordable Care Act and now rank opposition to a single-payer government health plan like Medicare-for-all among their top health priorities. When asked what about health care is important to their vote, few Republican voters (3%) say repealing the Affordable Care Act, while much larger shares say health care costs (24%) or opposition to Medicare-for-all (19%). 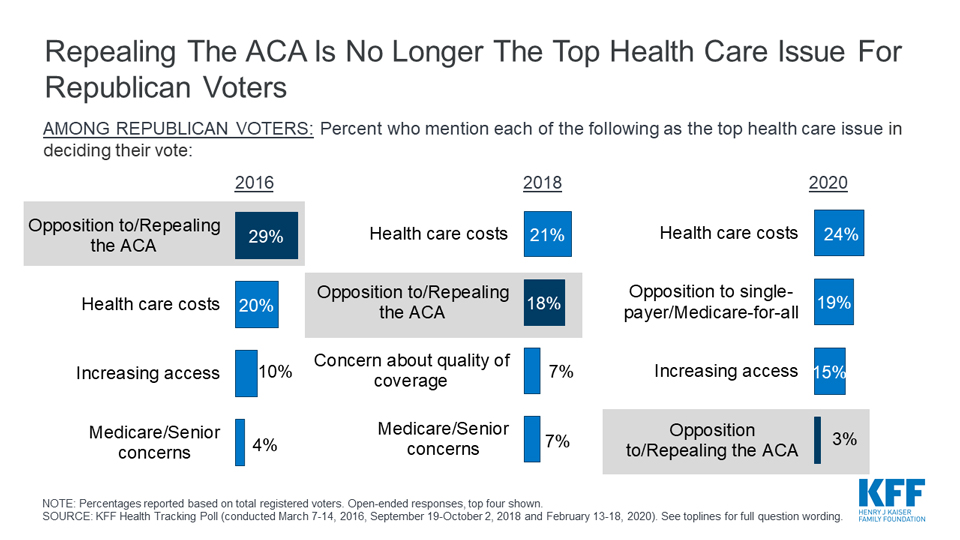 “Republicans seem to be shifting their ire from the ACA to Medicare-for-all,” KFF President and CEO Drew Altman said. “The gulf between Republicans and Democrats on health has never been wider.”

Health care ranks lower in a list of important issues in the 2020 election for Republican voters, compared to Democratic voters, independent voters, and the crucial group of voters who haven’t made up their minds yet – swing voters. More than one-third of Democratic voters (36%) say health care is the “most important” issue in their 2020 vote choice as do three in ten independent voters and 28% of swing voters. The economy is the top issue for Republican voters (34%).

Issues are not the only factor in the election. When asked what is the one thing that will motivate them to vote in 2020, a larger share of voters offer responses related to defeating President Trump and electing a Democrat (20%) than any issue, including health care (8%) or the economy (8%).

As the Democratic primary season heats up, the poll finds about two thirds (66%) of the public favor a government-run public insurance option that would compete with private insurance plans and be available to all Americans, while about half (52%) favor Medicare-for-all, in which all Americans would be insured through a single government plan. Four in 10 (43%) favor both a public option and Medicare-for-all

With both of these proposals garnering majority support and being front-and-center in the 2020 presidential campaign, the poll pushed voters who support both approaches to choose the one they prefer. The results show voters prefer the public option (44%) over Medicare-for-all (26%).

The public option retains this clear edge among Democratic, Republican and independent voters. Among the potentially crucial group of swing voters twice as many prefer a public option (49%) as Medicare-for-all (25%).

Additional findings from the poll will be released next week.

Designed and analyzed by public opinion researchers at KFF, the poll was conducted February 13-18, 2020 among a nationally representative random digit dial telephone sample of 1,207 adults including 998 self-reported registered voters. Interviews were conducted in English and Spanish by landline (302) and cell phone (905). The margin of sampling error is plus or minus 3 percentage points for the full sample and 4 percentage points for voters. For results based on subgroups, the margin of sampling error may be higher.
Source: KFF