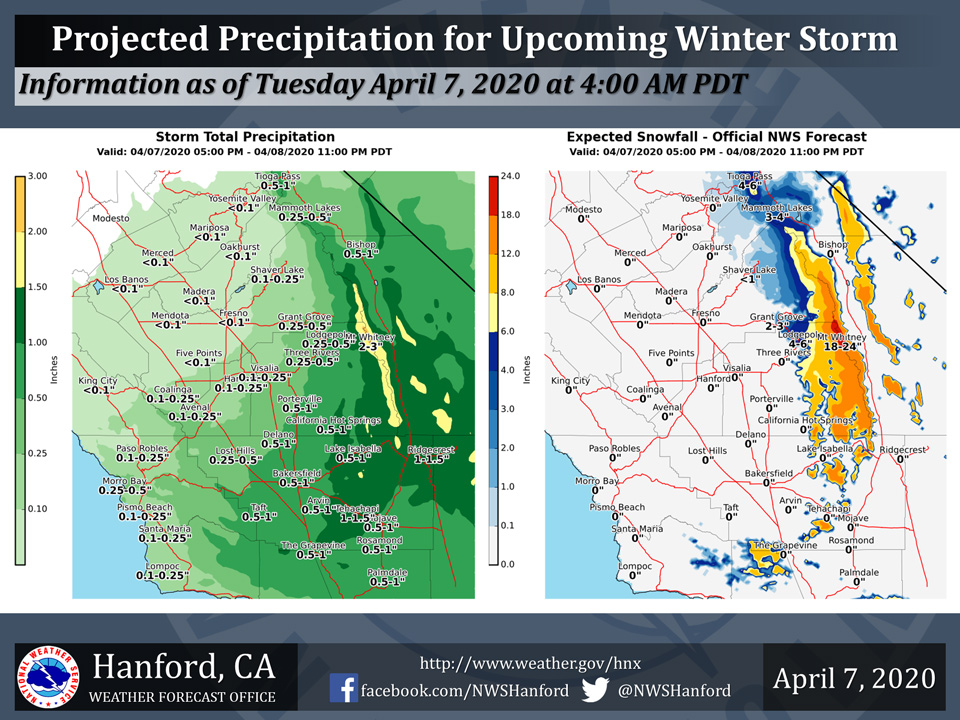 Rainfall totals of up to 1-1.5 inches with higher amounts are possible in the mountains.

Between 0.5-1 inches is expected for most of Kern County, while lower amounts are expected in other parts of the valley.