President Donald J. Trump's Message on the 244th Anniversary of the Adoption of the Declaration of Independence

July 4, 2020 - On Saturday, the White House released President Donald J. Trump's message on the 244th Anniversary of the adoption of the Declaration of Independence.

On this day in 1776, the Second Continental Congress adopted the United States Declaration of Independence in what is now known as 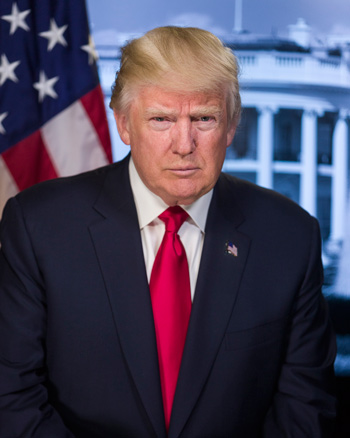 Independence Hall in Philadelphia.  In taking this historic step, the Congress proclaimed “these United Colonies are, and of Right ought to be Free and Independent States.”  Today, we celebrate our Nation’s independence and the vision of our Founding Fathers revealed to the world on that fateful day, as well as the countless patriots who continue to ensure that the flames of freedom are never extinguished.

The enduring commitment to the ideals of liberty and justice that have come to define our American spirit stem from our Nation’s founding.  In declaring that our rights to “Life, Liberty and the pursuit of Happiness” should be safeguarded for posterity and that “Governments are instituted among Men, deriving their just powers from the consent of the governed,” our Founding Fathers launched the American experiment that espoused freedom and democracy over tyranny and monarchy.  Two hundred and forty-four years later, the principles grounded in the Declaration of Independence continue to guide our Nation forward and maintain its standing as a beacon of liberty, prosperity, and opportunity for all.

Over the past months, the American spirit has undoubtedly been tested by many challenges.  Yet, it is in the face of adversity that our country has had some of our proudest moments of triumph.  Today, especially, we are reminded of the extraordinary feats that our Nation has accomplished since its founding nearly 250 years ago.  Together, we must ensure that we live up to the ideals of our Declaration of Independence and do all that we can to protect and preserve the freedoms that make our country the greatest in the world.

The First Lady and I wish each and every American a happy and blessed Fourth of July and proudly join you in celebrating our great Nation.  May God bless the United States of America.
Source: Office of the White House